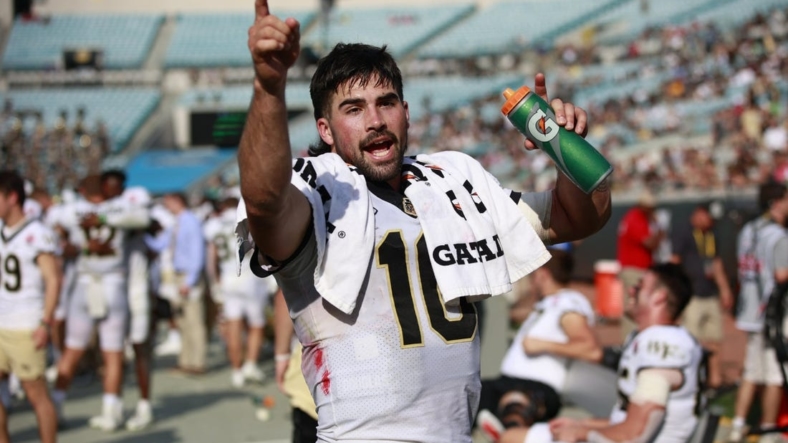 Wake Forest quarterback Sam Hartman has been medically cleared to play Saturday against Vanderbilt after having a blood clot removed.

Hartman was sidelined Aug. 10 with what the school called a non-football related condition. On Tuesday, Hartman’s surgeon released a statement saying that Hartman had a condition called “Paget-Schroetter syndrome, or effort thrombosis.”

“We suspect this occurred as a result of a previous infection that eventually caused inflammation. After our diagnosis on August 9, we first did a procedure to remove the blood clot. Secondly, we performed surgery to eliminate the pressure on the vein and then dilated the vein,” Dr. Julie A. Freischlag said in the statement.

“On Friday, we did another follow-up ultrasound on Sam and everything looked great. The clot was gone, the blood flow was good and he felt great. Blood thinner therapies were discontinued once they became medically unnecessary and he is medically cleared to return to full competition,” the statement read.

Said Hartman: “I am just really excited to get back on the field with my teammates and compete each day to help our team get ready for Vanderbilt this Saturday in Nashville.”

Wake Forest won its opening game, 44-10 over VMI. Mitch Griffis threw for 288 yards and three touchdowns in place of Hartman.

Hartman accounted for 4,228 yards and 50 total touchdowns (39 passing, 11 rushing) last season, capping the year with a win over Rutgers in the Gator Bowl.