Wailing and gnashing of teeth: Falcons fans react to Steve Sarkisian returning in 2018 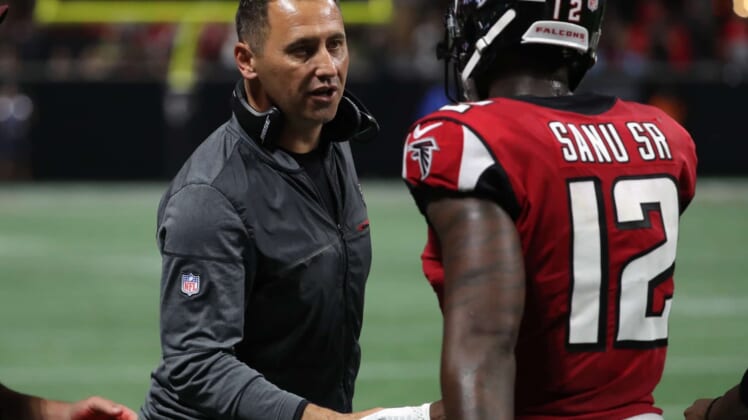 Atlanta Falcons fans were up in arms about Steve Sarkisian’s playcalling during and following their team’s loss to the Philadelphia Eagles on Saturday. Then on Tuesday, a report emerged that Sarkisian most definitely will be back in Atlanta and has the “full confidence” of head coach Dan Quinn and his staff.

Not surprisingly, Falcons fans are, shall we say, less than pleased?

Falcons keeping their OC? Basically punting on next season too since their offense is trash with Sarkisian.

How can you be terrible at a job and be brought back? Atlanta bringing back Sarkisian as OC is mind boggling to me! Just like how do you get a promotion when you suck as a GM! Yes I’m talking about you Mozeliak!!

Sarkisian to return to Atlanta for next season… This team will never learn, will they? Embarrassing decision, @AtlantaFalcons

Sarkisian has a JV high school playbook. Everything is basic

NOOOOOOOOOOOOO!!!! BAD IDEA!! @AtlantaFalcons do y’all like torturing your fan base? We don’t like Sarkisian! Get rid of him! https://t.co/yVNjGgq7DW

Yeah, it’s safe to say many Falcons fans are not exactly optimistic things will look up next year.