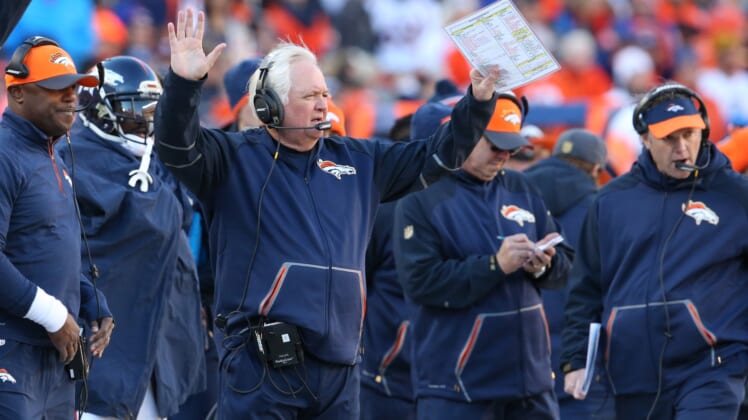 Charlie Campbell of walterfootball.com has never been one to hold back from dropping a juicy tidbit he overheard or was told while interviewing someone. His latest? Rumors from a source at the Senior Bowl that stated former Denver Broncos defensive coordinator Wade Phillips had “divided the Broncos locker room.”

Sources with the Broncos, however, say that Phillips divided the locker room and pitted the defense against the offense. The divided locker room was toxic at the end of the season, and that was why the Broncos felt they would be better off to have Phillips depart. Sources in Houston say that Phillips stirred up some similar problems in the Texans’ locker room during the 2013 season, but not to the same extent as in Denver last season.

Interesting, to say the least. And the rumor gave readers a reason to believe it was the reason Wade Phillips made the interesting choice not to re-sign with the Denver Broncos but rather move on to the Los Angeles Rams.

However, this was news to Wade Phillips himself, who didn’t appreciate the rumor. He made his stance known with a message on Twitter, firing back at Campbell.

@DraftCampbell your sources about me and dividing the team are an out and out lie–I resent u saying that -ask any off coach or player.

Not only did Phillips rip the rumors as an “out and out lie” he resented, but one current Bronco who had played under Wade joined in on the conversation.

With unfounded rumors understandably being refuted by multiple sources close to the situation, this seems to be nothing more than one writer trying to drum up traffic to a site.

Saddening, but the name of the game for many.