Von Miller would rather have Kirk Cousins than Case Keenum 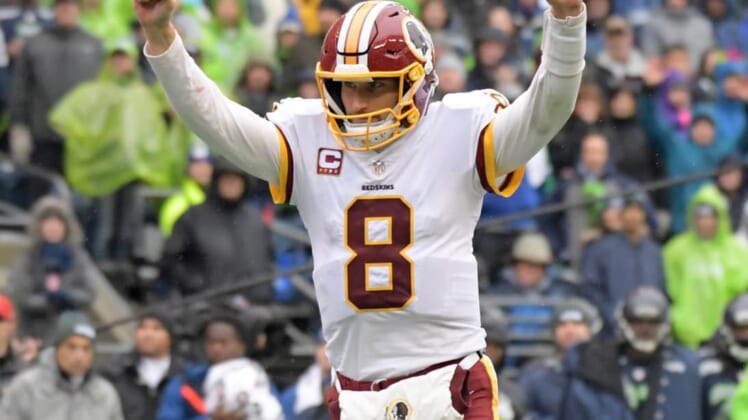 The Denver Broncos plan to get aggressive when it comes to adding a new quarterback this offseason. Two of the prime candidates Denver could attempt to sign are quarterbacks Kirk Cousins and Case Keenum.

As such, Broncos team members (including Super Bowl 50 MVP linebacker, Von Miller) have not been shy to weigh in with their personal picks. Miller, who previously endorsed Cousins in a huge way, makes his choice doubly clear here.

“I like all the guys out there but if we could get Kirk that’d be great, Miller said, per Mike Klis of 9News.com. If we get solid play (from the QB position) that’d be great. And we got to get better on defense as well.

“But since you asked me the question I would like to have Kirk. I would rather have Kirk.’’

If the Broncos do lean toward wooing Cousins to Denver, he won’t come cheap. It could take upwards of $30 million per year to sign the 29-year-old quarterback, per Klis.

As for Keenum, his price tag is expected to cheaper.

Cousins takes three solid starting seasons into free agency as he looks for a new team. He has passed for no less than 4,093 yards and 25 touchdowns since starting for Washington in 2015.

Miller and the Broncos are going to have to open up their wallets big-time to compete with several other NFL franchises that have their eyes on Cousins, too.