Vladimir Guerrero Jr. (wrist) out for Blue Jays vs. Angels 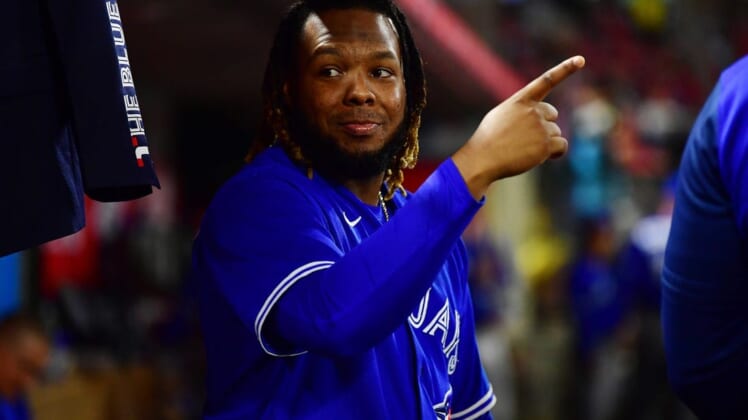 Toronto first baseman Vladimir Guerrero Jr. was not in the starting lineup Sunday as the Blue Jays looked to finish a four-game sweep of the Angels in Los Angeles.

Multiple outlets reported that the All-Star slugger was sitting out with a sore left wrist.

Guerrero was 2-for-12 in the first three games of the series against the Angels with a double, a homer and two RBIs.