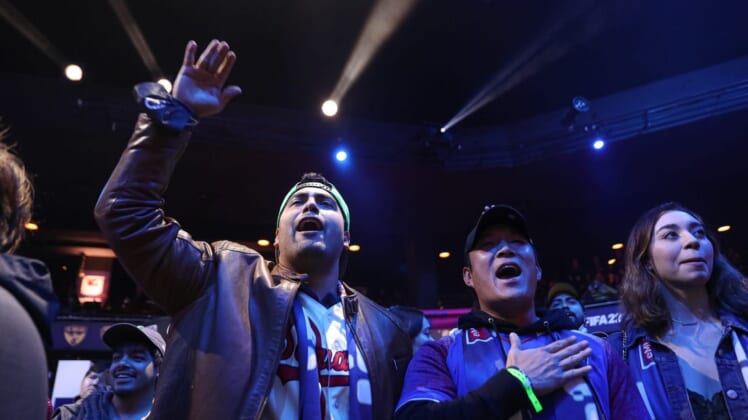 Team Vitality and Natus Vincere swept their respective quarterfinal matches Friday to advance into the final four at the BLAST Premier Spring Finals in Lisbon, Portugal.

Vitality defeated ENCE and NaVi beat FaZe Clan, eliminating both from the competition.

Vitality and NaVi joined G2 Esports and OG, which won their respective groups earlier this week in the Group Stage to clinch byes into the semifinals.

Team Vitality beat ENCE 16-10 on Overpass before sealing it with a 19-17 overtime victory on Nuke. Vitality star Mathieu “ZywOo” Herbaut of France led the way with 54 kills and a plus-21 kills-to-deaths differential. ENCE’s Olek “hades” Miskiewicz of Poland had a team-high 42 kills.

NaVi surged past FaZe with a 16-6 triumph on Dust II and a 16-1 romp on Inferno. Aleksandr “s1mple” Kostyliev of Ukraine led all five NaVi players with positive differentials, posting a plus-25 with 46 kills. Latvia’s Helvijs “broky” Saukants had 27 kills for FaZe.

The championship of the $425,000 Counter-Strike: Global Offensive series is being held at Altice Arena, the largest indoor arena in Portugal and one of the biggest in Europe, with a capacity of up to 20,000. The Spring Final champion will earn $200,000 along with 4,000 BLAST Premier points and a spot in the $1 million World Final in December.

Eight teams were separated into two groups in a double-elimination format, with the top three teams from each group advancing to the single-elimination playoff bracket. All matches are best-of-three.