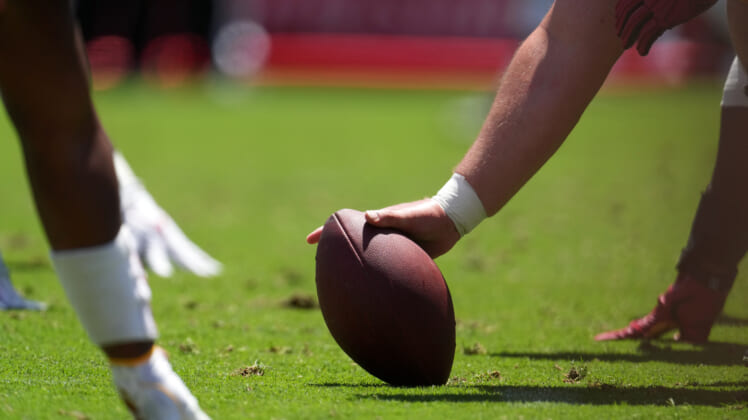 Have you ever wanted to know what it would be like to play football video games from a player’s perspective? Of course you have, it’s no different than re-enacting popular highlights in your backyard during your childhood. Soon enough, with the help of a virtual reality football video game, you may be able to immerse yourself back into the game, all from your living room.

For years fans have enjoyed the Madden video game franchise, but ever since the NFL agreed to provide exclusive rights to the actual names, likenesses, logos, and uniforms to EA Sports, the lack of another competitor has caused other gamers to clamor for another option. Especially since they put the kibosh on the NCAA Football series, which is said to be coming back.

Other brands still have the option to create other football video games, but without having access to everyone’s favorite stars, it’s just not the same.

One other potential solution for those looking for an alternative to Madden may be arriving later this year.

Introducing NFL PRO ERA, developed by StatusPRO, a virtual reality football game that will be available to play on Meta Quest and Playstation VR. To answer the biggest question out there, yes, NFL PRO ERA will have official licensing from the NFL Players Association, something co-founder Troy Jones noted was important in making this dream come to life.

“When we think about this experience, you’re finally immersing yourself as the professional athlete for the first time ever and seeing it in a way that you’ve never seen it,” StatusPRO co-founder Troy Jones said. “It is the future, and we look at it as the new era of gaming and the next step in the way people will consume sports.”

Jones co-found StatusPRO along with former Cincinnati Bengals and Cleveland Browns wide receiver Andrew Hawkins, a six-year NFL vet. Their collective goal is for NFL PRO ERA to become a tool that NFL players and NFL hopefuls can use to train and develop their skillsets when they’re not on the field.

Having the pro experience of Hawkins and with Jones being a former college quarterback himself, helps the game provide a more authentic feel, as StatusPRO executive producer Jay Juneau noted as well.

“The biggest difference is we are purely from the players’ perspective, right,” StatusPRO executive producer Jay Juneau said. “You’re not a coach. You’re not a GM. You’re not the owner. You are an NFL player, and that’s what we focused on.”

StatusPRO has implemented technology for NFL teams to utilize already, now maybe this game will become a more universal tool for all to enjoy. NFL PRO ERA is anticipated to release in the fall of 2022.

Now the next time your buddy says they could have made that throw you witnessed on TV, you’ll be able to ask them to prove it. Chances are, they won’t be able to. Unless your buddy is Uncle Rico of course, then he could throw the football over them mountains.