Virginia Tech gets hot from distance, cruises past William & Mary 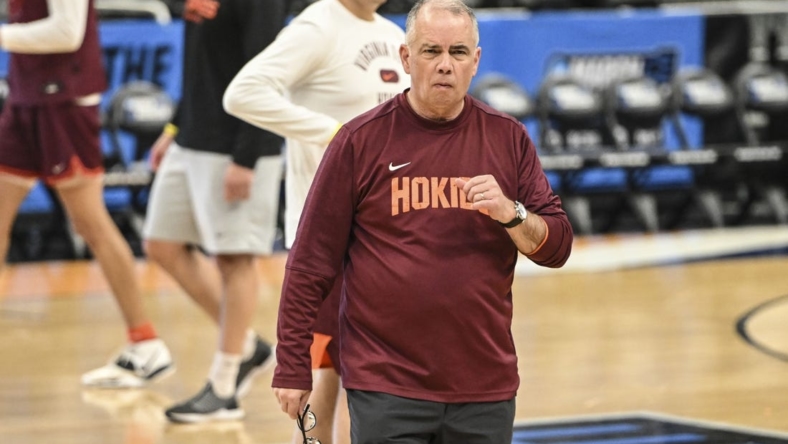 Hunter Cattoor got Virginia Tech off to a hot start on his way to scoring 22 points as the Hokies rode his wave to a stress-free 94-77 win over visiting William & Mary on Sunday night in Blacksburg, Va.

On a night when the Hokies raised the banner for their 2022 Atlantic Coast Conference tournament championship, they set the tone with an overwhelming opening salvo, hitting their first five shots, including four 3-pointers. Before the game was three minutes old, Virginia Tech had a 14-0 lead.

The Hokies cooled off in the second half. But before intermission, Cattoor hit 5 of 6 shots from beyond the arc while Maddox and Basile each went 2 for 2 from distance.

Anders Nelson, a graduate transfer from Division III St. Thomas, kept the score respectable with 25 points for the Tribe. Gabe Dorsey made four 3-pointers and finished with 14 points.

During Virginia Tech’s opening surge, Basile, Pedulla, Cattoor and Maddox connected from 3-point range in a dizzying span of 87 seconds before Nelson stopped the bleeding with a 3-pointer of his own, making it 14-3.

Less than seven minutes into the game, Virginia Tech was substituting freely and the reserves contributed immediately.

Lynn Kidd hit two quick jumpers, freshman MJ Collins made a 3-pointer and big man Mylyjael Poteat, a transfer from Rice, made a hook shot as the Hokies rolled to a 29-8 lead.

Midway through the first half, Nelson was the only member of the Tribe who hit the books. With three 3-pointers and a driving layup, Nelson had scored all of its points as William & Mary trailed 29-11.

Less than five minutes into the second half, Virginia Tech’s lead reached its apex at 28 points on a 3-point jumper by Cattoor.

After that, William & Mary fought gamely, whittling the deficit to 15 points with four minutes left before Pedulla tamped down the uprising with a 3-pointer.