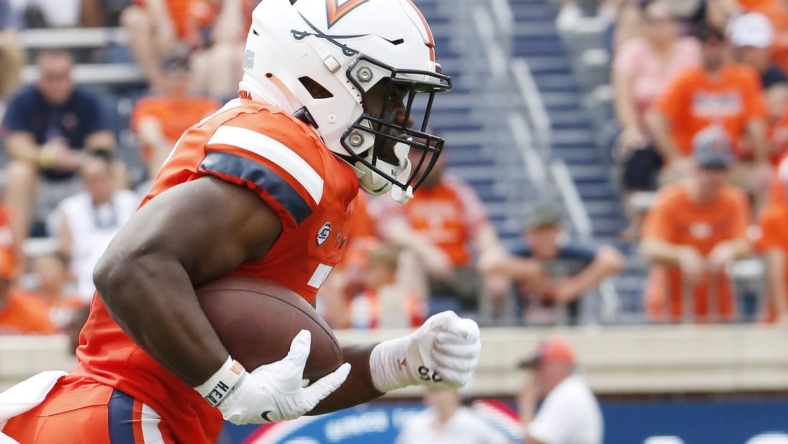 Virginia running back Mike Hollins was released from the hospital, a week after being wounded in a shooting that killed three of his teammates.

“Mike has been discharged!!! HALLELUJAH,” she wrote. “I want to thank everyone for their prayers, text messages, and calls. This has truly been a test of faith and I’m grateful. GOD has shown me he is faithful! Please continue praying for Mike as he recovers and settles into his new life. Please continue praying for the Chandler, Davis, Perry families! They need us!!! GOD is amazing!”

Devin Chandler, Lavel Davis Jr. and D’Sean Perry were shot and killed on a charter bus in Charlottesville, Va., on the evening of Nov. 13 following a class field trip to Washington, D.C.

Hollins, a junior from Baton Rouge, La., was shot in the back after returning to the bus to try to help others. He had multiple surgeries to repair his injuries.

Another student, Marlee Morgan, also was injured in the shooting and is recovering at home with her family.

Former walk-on football player Christopher Darnell Jones Jr. has been charged with three counts of second-degree murder, two counts of malicious wounding and the use of a firearm in the commission of a felony. He is being held without bail.

Hollins rushed 53 times for 215 yards and two touchdowns and caught eight passes for 114 yards in nine games this season.

The Cavaliers (3-7, 1-6 Atlantic Coast Conference) canceled their Nov. 19 game against Coastal Carolina. They are scheduled to finish the season Saturday against rival Virginia Tech (3-8, 1-6) in Blacksburg, Va.