Vince Carter looking to return for 22nd season in the NBA 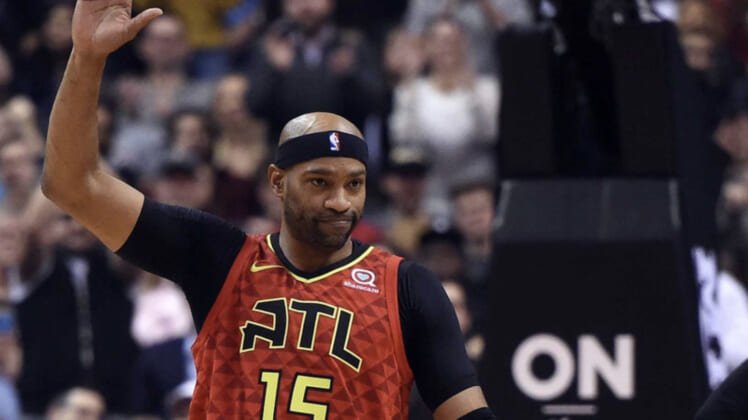 Father Time legitimately has nothing on 42-year-old Atlanta Hawks wing Vince Carter. This eight-time All-Star is still playing at a high level in his 21st season in the Association. If you need further evidence, check it out here.

Despite being closer to AARP membership than his prime years, Carter apparently wants to return to the NBA for a 22nd season.

“I think I could stretch it out one more,” the artist formerly known as Vincanity said Thursday, via ESPN. “At the end of the year, I usually assess from top to bottom to see how I’m feeling. And, obviously, opportunity — when the phone call rings and teams show interest, that’s a good thing.”

At this point, there’s absolutely no reason to doubt Mr. Carter. He connected on seven three-pointers in a game against the Miami Heat earlier this week and is averaging 12.8 points per game on north of 52 percent from distance over the past five games.

Like fine wine, Carter apparently gets better with age. And it now looks like he’s prepared to play until gravity itself stops him.