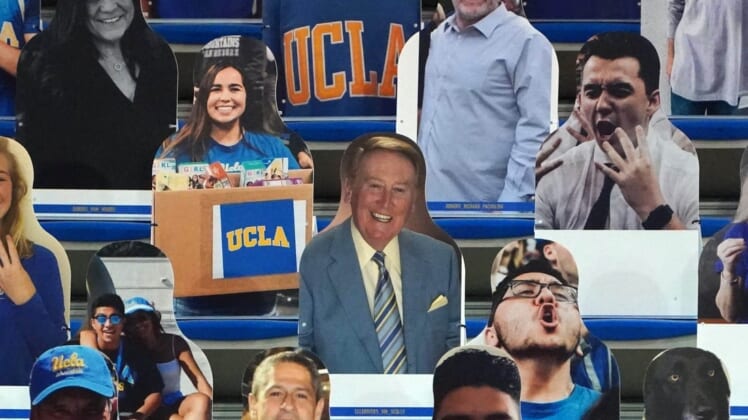 A statement from the Dodgers said Scully, who retired at the end of the 2016 season, died at his home in Hidden Hills, a community in Los Angeles County northwest of Los Angeles.

The hallmark of Scully’s career was a storytelling style combined with what he called “kind of a running commentary with an imaginary friend,” he told the Los Angeles Times in an interview.

Dodgers president Stan Kasten said in a statement that the sports world “lost an icon. … His voice will always be heard and etched in all of our minds forever. I know he was looking forward to joining the love of his life, Sandi. Our thoughts and prayers go out to his family during this very difficult time. Vin will be truly missed.”