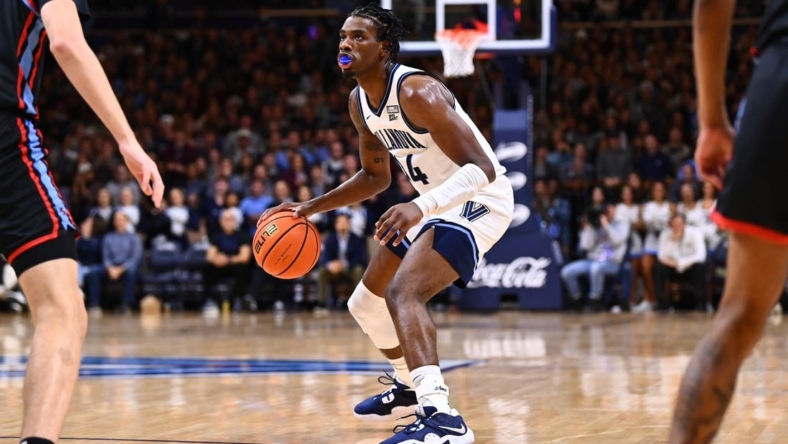 Slater went 12 for 12 from the free throw line, including four shots down the stretch to give Villanova enough of a cushion to prevail.

The Wildcats (2-1) missed their first 17 shots from 3-point territory and finished 5 for 27. Villanova, which had been ranked No. 16, lost to Temple last Friday and dropped out of the Top 25 Monday for the first time since February 2019.

Delaware State jumped out to a surprising 12-2 lead five minutes into the game when Staten dropped in a 3-pointer. In less than 10 minutes Villanova had missed its first 12 treys and trailed 18-8.

Jordan Longino drove to the basket and scored to close the Wildcats within 22-16 with 7:24 to go. Martaz Robinson responded with a 15-foot jumper on the Hornets’ next possession.

Raymond Somerville responded with a tough basket to regain a one-point advantage for Delaware State.

The Wildcats pulled ahead with five more points from Armstrong and later maintained a four-point lead, 47-43, when Brendan Hausen hit a trey with 7:44 remaining.

Dixon backed down in the low post and scored with 3:54 to go to put Villanova ahead 51-45. But Stone came right back with a 3-pointer to cut the deficit in half.

Slater was fouled on the Wildcats’ next two possessions and hit four free throws for a 55-48 lead with 3:01 left. Dixon then made a trey from the corner to make it a 10-point advantage.