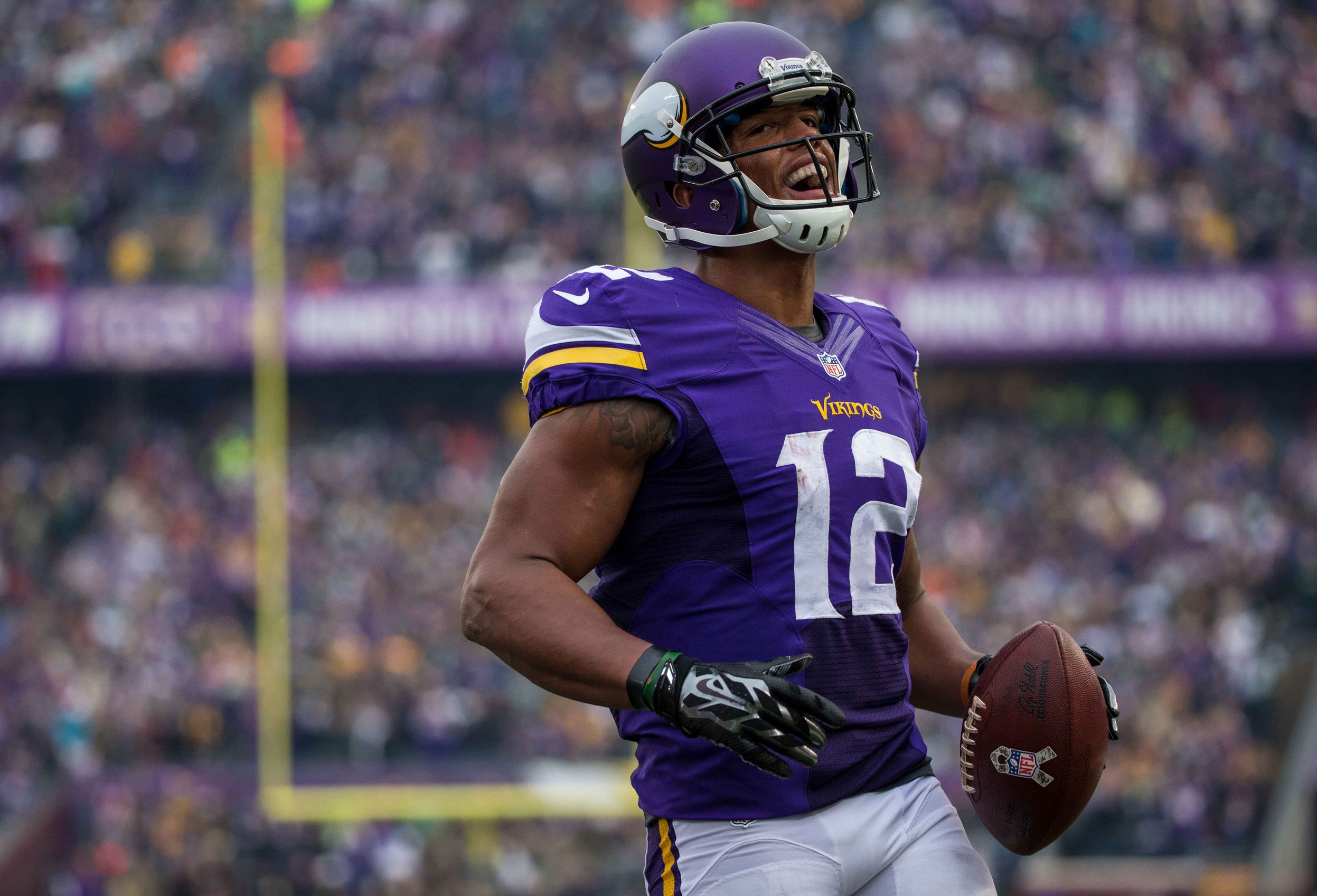 An NFL jersey sometimes makes the perfect Father’s Day gift. That’s what Minnesota Vikings wide receiver Charles Johnson must have been thinking when he attempted to find his own jersey to purchase as a gift for his dad for Father’s Day.

This was the result of Johnson’s pursuit to locate his jersey (via Twincities.com):

“I wish they’d have my jersey for sale. If they did, I’d be willing to buy them all myself. I can’t get any jerseys for my family,” the Vikings receiver said. “I went out and bought some old Percy Harvin jerseys and just took off the Harvin and put Johnson on the back. But man, I wish I could get my jersey.”

For what it’s worth, Percy Harvin wore No. 12 during his days with the Vikings.

Johnson—a former seventh-round draft pick by the Green Bay Packers in 2013—made a name for himself during the latter part of the 2014 season with Minnesota. He totaled 31 catches, 475 receiving yards and had two touchdowns. Apparently that was not enough to prompt the NFL to make replica Johnson jerseys.

Fortunately for Johnson, his wife intervened and contacted Vikings officials personally so that his dad could have an authentic jersey of his son’s. What a way to save the day.

Despite this story, The Mall of America reportedly has no plans at this time to stock Johnson’s jersey. Although, if Johnson keeps outperforming Vikings wide receiver Cordarrelle Patterson, who was the team’s first-round draft pick from 2013, his non-existent jersey status may change.

At the end of the day, I’m sure Johnson’s dad was happy with this awesome gesture, especially knowing all the thought that went into his gift.

Wearing an altered Harvin jersey just doesn’t seem like it would have had quite the same feel.