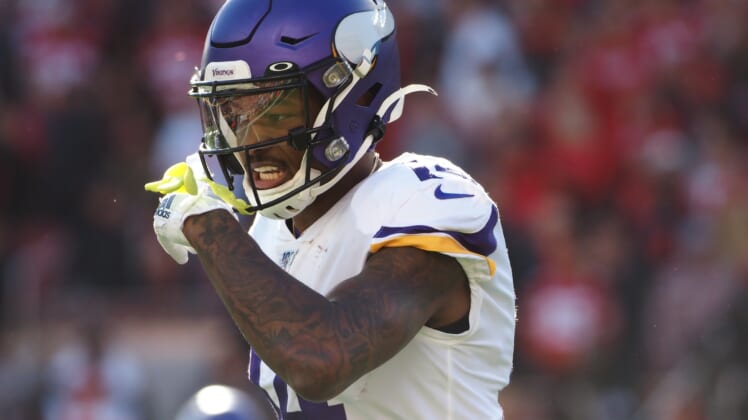 Houston Texans star wide receiver DeAndre Hopkins might not be the only big-name pass catcher on the move here soon.

Minnesota Vikings star Stefon Diggs seemed to have requested a trade via Twitter on Monday with a simple note.

Diggs, 26, had a contentious relationship with recently-extended Vikings quarterback Kirk Cousins last season. His future with Minnesota has been up in the air since then.

It’s now clear that the 1,000-yard receiver want out of dodge.

A mid-round pick of the Vikings back in 2015, Diggs has tallied 165 receptions for nearly 2,200 yards over the past two seasons.