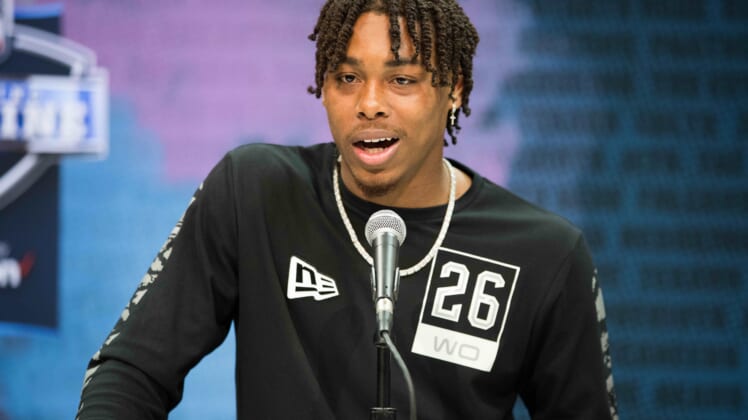 We see it every year around this time. Rookies entering the NFL with a chip on their shoulders primarily because they were passed up on by multiple teams.

Selected No. 22 overall in last week’s NFL Draft, Jefferson was the fifth receiver off the board. He went lower than most had anticipated. And it’s not sitting well with the young pass catcher.

“Every single person that picked a receiver instead of me are going to pay,” Jefferson said, via CBS Sports Radio. “I’m going to show them that I am the better receiver than the pick that they had. I’m definitely excited to go into Minnesota and (compete) for (a( Super Bowl.”

Indeed, multiple teams in need of a wide receiver passed up on Jefferson before he ultimately landed in Minnesota to replace the recently-traded Stefon Diggs.

While Ruggs, Jeudy and Lamb were seen as the top-three receivers in the class, it is a surprise that Philadelphia passed up on Jefferson for Reagor. Now that both are on NFC Playoff teams from a season ago, they will be compared to one another.

Jefferson could not ask for a better situation. He’s already penciled in as the Vikings’ No. 2 receiver behind Adam Thielen. The stud youngster will have an opportunity to prove his worth out of the gate.