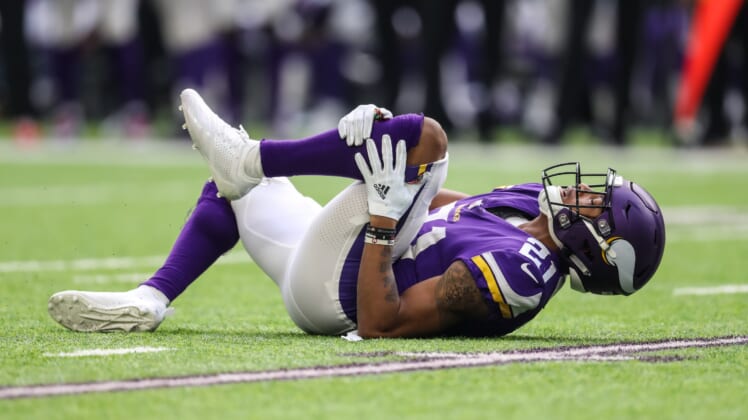 It looks like a high-round Minnesota Vikings rookie will be lost to a torn ACL for the second consecutive season.

It came on a non-contact play in the fourth quarter of a game that was pretty much already decided. And it could be a major blow for a Vikings team that had been relying on Hughes to start in the slot.

The No. 30 overall pick in April’s draft, Hughes entered Sunday’s action having recorded 20 tackles, three passes defended and this pick-six of Jimmy Garoppolo in his regular season debut.

With Hughes now likely sidelined for the remainder of the season, Minnesota will have to look elsewhere for production behind Pro Bowler Xavier Rhodes at cornerback.