Vikings, Commanders to put winning streaks on the line against each other 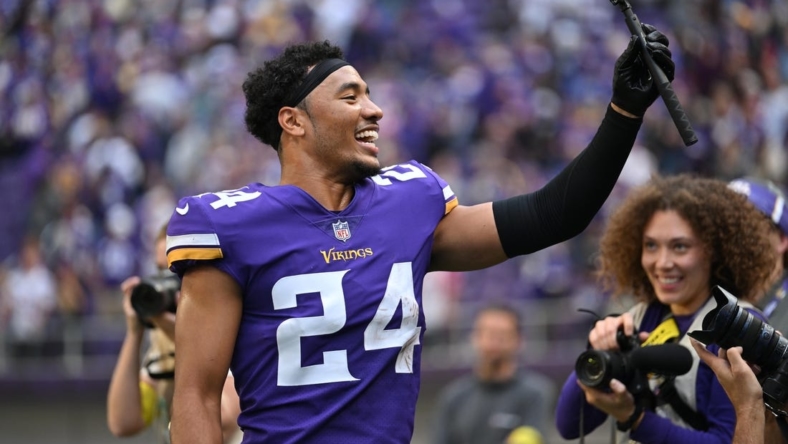 With Dalvin Cook taking care of the ground game and the 1-2 punch of Justin Jefferson and Adam Thielen catching passes, the Minnesota Vikings already boasted one of the NFL’s top offenses.

Tuesday’s acquisition of top-tier tight end T.J. Hockenson from the Detroit Lions only makes Minnesota even more potent offensively. That will be the Washington Commanders’ problem on Sunday in Landover, Md.

Hockenson, who was conveyed to the Vikings (6-1) for a 2023 second-round pick and a 2024 third-rounder, led Detroit’s passing offense with 26 catches, 395 yards and three touchdowns. The fourth-year pro out of Iowa figured to be a cornerstone of the Lions’ continual rebuilding effort, but instead joins a winning team for the first time.

“That’s really what we’re here to do is go somewhere and win some games,” Hockenson said Wednesday about the trade. “That’s kind of the first time I’ve been able to say that.”

First-year Minnesota coach Kevin O’Connell isn’t sure how much use the team will get out of Hockenson this week, but says his arrival brings a new set of possibilities for an attack that already threatens opponents all over the field.

“Third down, red zone, two minute. We feel like he has a lot of upside in our offense,” O’Connell said. “Situationally, I see some real opportunities for him.”

Vikings tight ends Irv Smith and Johnny Mundt have combined for 34 catches, but for just 244 yards with a long of 17 yards. Smith is also out for up to 10 weeks with an ankle injury, which may help explain why Hockenson is a timely pick-up.

Minnesota is coming off a 34-26 win last week over Arizona that stretched its winning streak to five games and its NFC North advantage to 3 1/2 games over Green Bay and Chicago. Cook ran for 111 yards and a touchdown, while Kirk Cousins was 24 of 36 for 232 yards with two scores.

The Commanders have won three straight games but are still in last place in the NFC East, two games behind Dallas and the New York Giants and 3 1/2 behind unbeaten Philadelphia. But help is on the way as star defensive end Chase Young practiced for the first time since tearing his ACL last November.

“Felt like I was part of the guys again,” Young said.

The club has 21 days to return Young to the active roster. It’s unlikely that he plays this week, but he could return for a Nov. 14 trip to Philadelphia.

The Vikings own a 12-10 lead in the all-time series, including a 7-5 advantage on the road.