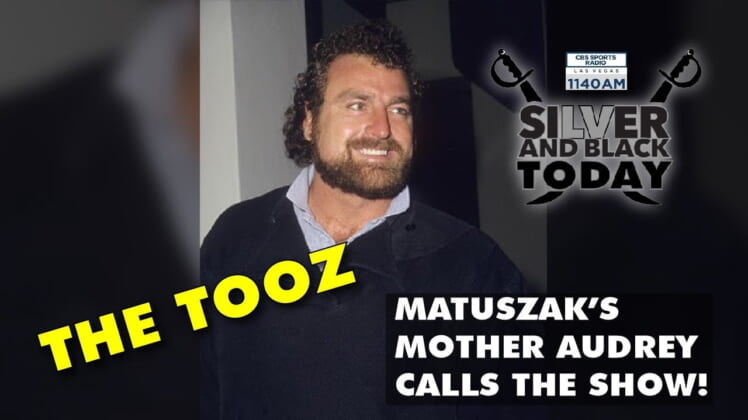 After listening to our interview with author and biographer Steven Delsohn, the late Raiders’ mother Audrey called in to share stories and remember her son.

Our CBS Sports Radio 1140 show on Sunday was the perfect example of that. After spending much of the first hour talking with Peabody award-winning journalist and author Steve Delsohn talking about Matuszak, his mother was moved enough to call in unsolicited.

Mrs. Matuszak shared heart-warming stories about the tender side of her son who is known more for his struggles with addiction and his bad-boy persona as both a Raider and Hollywood actor.

There were three sides of John,” Audrey Matuszak said. “The good, the bad, and the ugly. But he really was a good guy.”

John Matuszak, who lost his two younger brothers to cystic fibrosis when he was just a pre-teen, was impacted greatly by their death and, in his mother’s opinion, led to his struggles in life.

Most definitely,” Audrey Matuszak said. “He would ask: why did they have to die and I got to live?”

Hear the full phone call in the video above or via audio here: