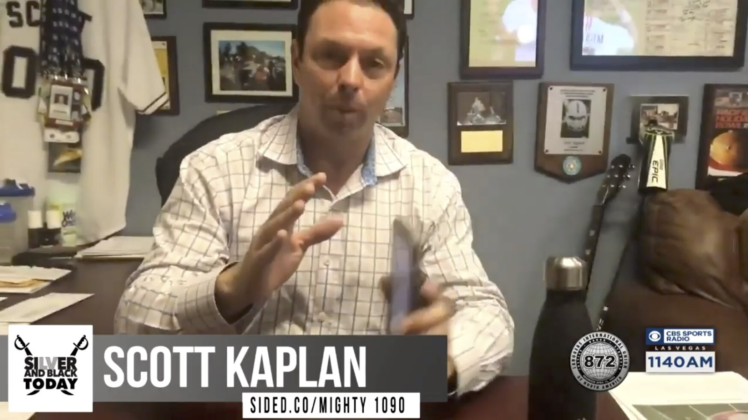 Each week, we stream live on video the Silver and Black Today show on CBS Sports Radio 1140 right here in Las Vegas. The shows are always available on our YouTube channel so make sure to subscribe!

It may be the “offseason” but all things aren’t quiet on the Raiders front.

The two sides in the Oakland Coliseum lease negotiations are talking and making progress and we’ll have the latest as we kick off another week of our CBS Sports Radio show.

NFL analyst Benjamin Allbright will join us with his thoughts on Kyler Murray, the NFL Draft, and what the Raiders will do. Allbright, who can be quite polarizing on Twitter with his views and analysis, joined us to discuss the positives and negatives of Murray and gave us his take on where he might be drafted. Allbright also gives us his opinion on what the Raiders will do in the first round of the 2019 NFL Draft.

NFL Analyst Benjamin Allbright and Scott Kaplan of Sided.co and Mighty 1090 joined us.

Longtime sports talk host and media entrepreneur Scott Kaplan discusses his new Sided.co website which allows fans and media to debate hot topics in sports. Kaplan will also talk some football with us and particularly the AFC West.

Guest c0-host Kelly Kriner brings us Kelly’s Korner where he talks about the NFL’s actions related to combine invites this week.

SilverAndBlackToday.com is our 24/7 website covering all things Raiders. We also have our weekly podcast, and it and the radio show archive, are available for download on iTunes or Google Play, stream and follow on Spotify, Soundcloud & Spreaker.