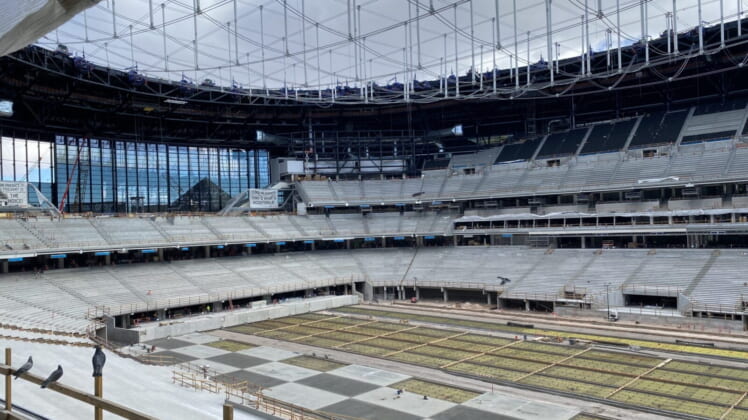 Silver and Black Today was given the opportunity to tour the under-construction future home of the Las Vegas Raiders – Allegiant Stadium -which is almost 85% complete.

It’s been called “The Al” and the “Death Star” by fans but Allegiant Stadium is continuing its progression from a massive construction site to an almost completed 65,000-seat stadium right off the famous Las Vegas Strip.

Silver and Black Today was given the opportunity to tour the stadium including a wide swath areas throughout the $1.8 billion future home of the newly minted Las Vegas Raiders. That included seeing the lush suite level, the Raiders locker room, the Al Davis Memorial Torch, and the rapidly forming field tray outside the stadium.

Thank you to the Raiders for giving us the access to tour what will become the true sports and entertainment gem of all of Nevada.