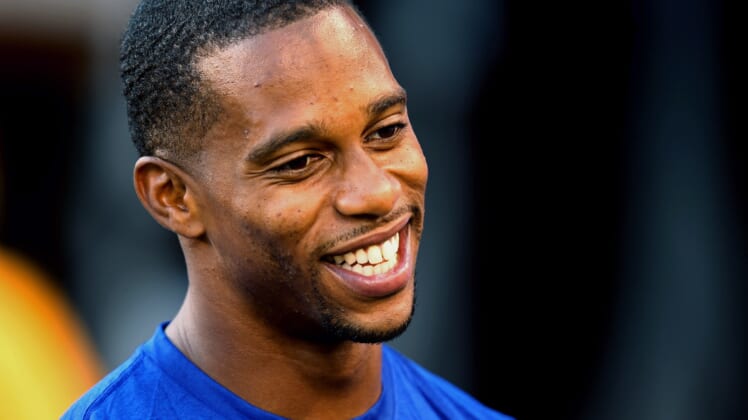 In a hurry to make his agreed-upon deal with the Chicago Bears a reality, Victor Cruz and his Instagram people did some solid photoshop work.

That’s Cruz’s face inserted into an old Bernard Berrian photograph. Berrian spent four seasons with the Bears, wearing the No. 80.

It’s kind of funny but also really pretty cool. Obviously Cruz is extremely excited about getting another opportunity to play. He wasn’t happy about being cut out of the rotation in New York last year, and the Giants chose to cut him this offseason.

Though he has yet to sign the deal, Cruz has agreed to a one-year contract with Chicago, first reported by Kimberly Jones and Ian Rapoport of NFL Network.