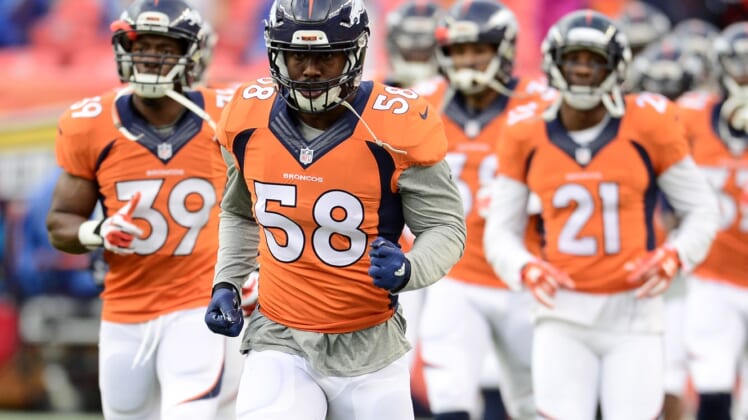 Denver Broncos pass rusher Von Miller is one of the best defensive players in the NFL and the sack master is well on his way to a Hall of Fame career. But rookie head coach Vic Fangio made it clear he’s not satisfied with what he’s seen so far.

Calling out Miller to raise his game to another level, Fangio (via Nicki Jhabvala of The Athletic) said, “I think he’s got more to give. He’s got to make himself a better player with us guiding him and giving him resources. He’s a guy that should be mentioned for Player of the Year and stuff like that….A guy with his talent level, a little bit becomes a lot.”

Not surprisingly, Miller — a humble guy who has always worked his butt off to achieve greatness — is relishing the challenge.

“I have a lot to give,” Miller said, per Jhabvala. “I haven’t won Defensive Player of the Year … There’s a lot I have to give, and I think as long as I keep that mindset I’ll do it. (Vic) has coached all the great ones. Whatever he tells me to do, I’ll do it.”

Miller may not have won Defensive Player of the Year, but the former Super Bowl MVP has been knocking on that door for a while. The Broncos star finished last season with 14.5 sacks, and he’s piled up 98 sacks in his first eight NFL seasons.

With this humble approach, he may be ready to achieve even greater feats in the coming years.