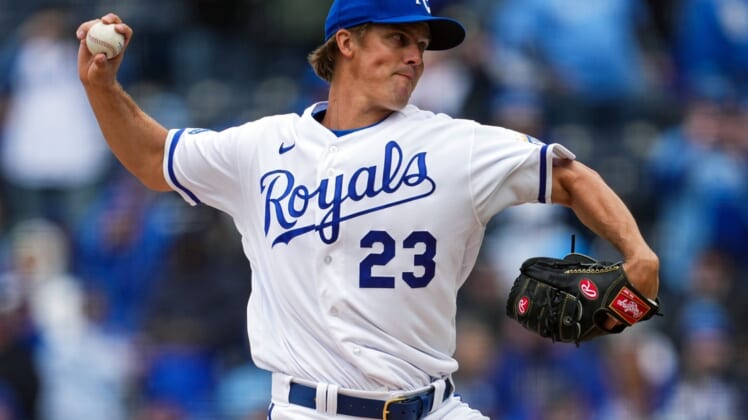 Two of the most successful pitchers of their era will square off when the St. Louis Cardinals host the Kansas City Royals on Wednesday in the finale of a two-game series.

Wainwright, 40, tossed six shutout innings while allowing five hits and striking out six in a 9-0 win over the Pittsburgh Pirates. He threw 81 pitches, 53 of them strikes, and didn’t issue a walk.

“Could be a lot better with the fastball command,” Wainwright said. “When I missed, I seemed to miss bad. Out of the zone. Made some mistakes in the middle of the plate they got singles on. Most of the hard contact was hit foul. If they’re going to hit it hard, that’s where I’d prefer it.”

Greinke, 38, allowed one run on five hits and a walk in 5 2/3 innings during a no-decision against the Cleveland Guardians. He threw 84 pitches, including 56 strikes.

“I was pretty solid but wasn’t crazy sharp,” Greinke said.

Royals manager Mike Matheny said, “There’s just things Zack can do that nobody else really can. It’s so unique to watch the artistry in action.”

Both pitchers have lost fastball velocity, but each can mesmerize hitters with a slow curve.

“(Wainwright is) able to manipulate his pitches,” Cardinals left fielder Tyler O’Neill said. “He can sink it, cut it, curve it different ways. He’s got the kitchen sink.

“He’s an excellent pitcher for a reason. He’s done it for a long time. Knows the strike zone. Knows where he can attack. Knows when he needs to be out of there.”

After getting a day off, Yadier Molina is expected to catch Wainwright for the 350th time.

Greinke signed with the Royals, his original team, as a free agent for this season to serve as a mentor for an otherwise youthful rotation.

“It’s good to see a pitcher have that kind of success because I believe most of our guys can bring both to the table but focus on using the plate, getting ahead in counts and then giving your defense a chance to do something behind you,” Matheny said.

The Cardinals won 6-5 in the opener of the interleague series on Tuesday. St. Louis’ Nolan Arenado continued his hot hitting by smacking a two-run homer.

Arenado is 7-for-16 with three doubles, three homers, five runs and nine RBIs in four games.

Albert Pujols went 3-for-4 with a homer, the 680th of his career, and scored two runs on Tuesday. Cardinals manager Oliver Marmol plans to start Pujols as the designated hitter on Wednesday.

“He’s feeling good about his swing; his timing is there,” Marmol said. “He squared several of them up (Tuesday).”

The Cardinals have won three of four games this season while scoring 25 runs. The Royals have lost their past three games, allowing 33 runs.