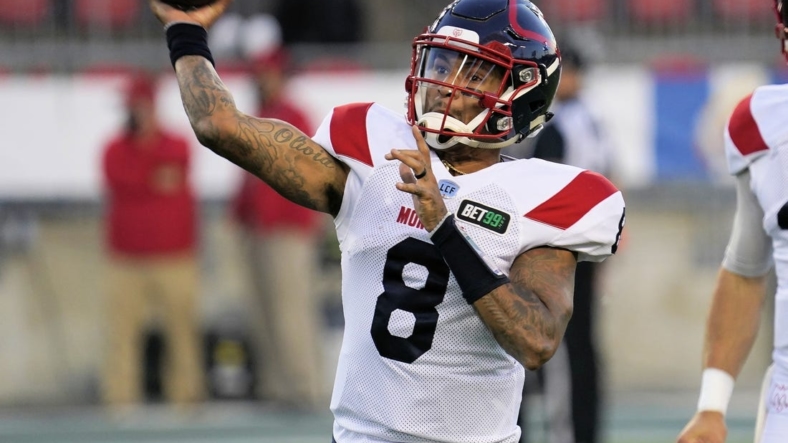 Vernon Adams Jr. will be under center on Saturday night when the B.C. Lions visit the Calgary Stampeders in a battle for second place in the Canadian Football League’s West Division.

Acquired from Montreal on Aug. 31, Adams participated in a few offensive series in the Lions’ 31-10 loss to the Alouettes on Sept. 9.

“I’m learning pretty quick. It’s more about getting the formation down but other than that, just keep studying,” the 29-year-old Adams said. “The reps on the field are going to help me a lot more. Last week, we were kind of splitting the reps. I’m getting a lot of reps this week so that’s going to help me.”

The trade for Adams was necessitated by the season-ending injury to quarterback Nathan Rourke, who was off to a scintillating start in 2022. Rourke threw for 488 yards and totaled four touchdowns (two passing, two rushing) in the Lions’ 41-40 victory over the Stampeders on Aug. 13.

Calgary rebounded from that setback to win three of its next four games, including a convincing 56-28 victory over struggling provincial rival Edmonton last Saturday.

Ka’Deem Carey added 118 yards and a touchdown last week. He leads the CFL in rushing yards (712) while averaging a robust 6.8 yards per carry.