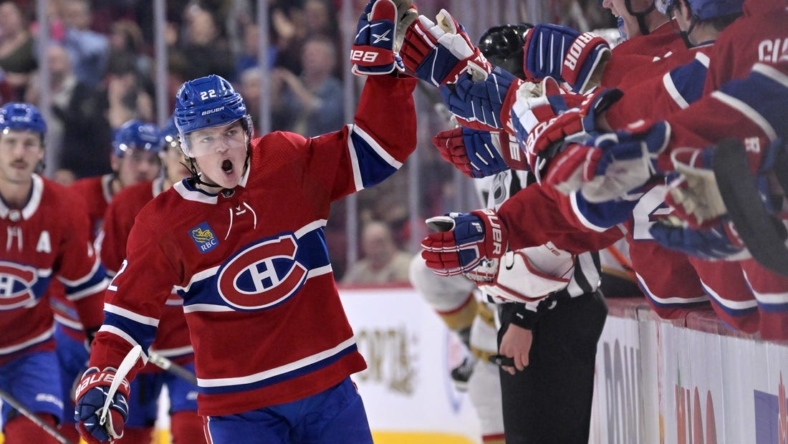 Reilly Smith scored his second goal of the game to snap a tie in the third period as the visiting Vegas Golden Knights extended their winning streak to seven with a 6-4 victory over the Montreal Canadiens on Saturday night.

Vegas matched their third-longest streak in team history by getting three goals in a span of 3:50 in the third.

Smith scored the tiebreaking tally on the power play. He headed to the net and was in position to get a rebound of Phil Kessel’s shot from the right faceoff circle. When Montreal goalie Jake Allen could not control the puck and move over in time, Smith easily pushed the rebound into the vacated left side of the net.

Keegan Kolesar and Nicolas Roy then scored in a span of 21 seconds to finish off the win before Jonathan Marchessault scored on a power play with 6:44 left.

Kolesar made it 4-2 by tipping in a shot from the left point by Nic Hague at 8:14, and Roy gave Vegas a three-goal lead by lifting a wrist shot in from the middle of the slot.

Montreal’s Josh Anderson was given a game misconduct and a boarding major at 10:08 for hitting Vegas defenseman Alex Pietrangelo from behind.

Hague opened the scoring by lifting a slap shot that caromed off Montreal’s Jordan Harris from the middle of the slot past Allen at 13:25 of the first. Less than a minute later, Caufield lifted a wrist shot from the left circle over Hill’s glove.

Vegas took a 2-1 lead when Smith easily converted a tap-in 2:24 into the second on a 3-on-1, and Suzuki finished off a 2-on-1 56 seconds into the third before Vegas pulled away.