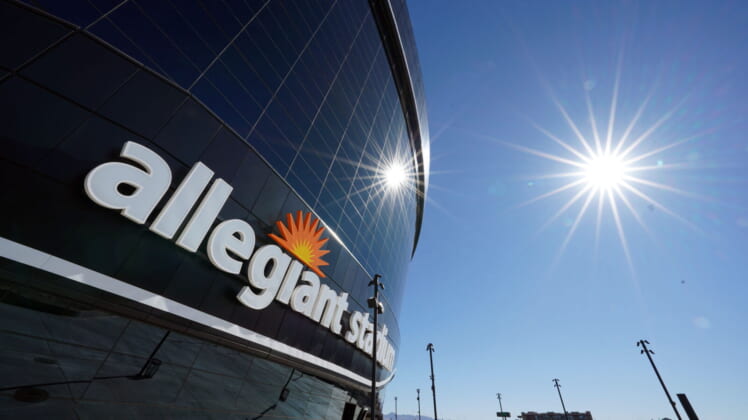 When State of Nevada and Clark County officials moved forward with implementing an increase of the local hotel tax to fund the Las Vegas Raiders new Allegiant Stadium, it was careful to plan on doomsday scenarios including the creation of a reserve fund to protect the taxpayer from financial risk.

Fortunately, the financing for the Stadium Authority bonds included the funding of a debt service reserve fund to weather economic declines like the one Las Vegas is currently experiencing due to the pandemic.

That “waterfall” fund was again tapped this week for the second time since the beginning of the COVID-19 pandemic to pay the bond interest on the $1.8 billion stadium – $750 million of which was funded by taxpayer money. The $11.7 million payment was made this week and follows a similar payment made in December 2020 of $11.6 million.

The Las Vegas Review-Journal‘s Mick Akers reported on the County’s Tuesday payment and spoke to Clark County spokesman Dan Kulin about the payment.

“Clark County recently filed a material event notice notifying the market of an anticipated draw on the Stadium Authority bond reserve fund on May 25,” Kulin said in Akers’ report. “This action does not constitute a default and was expected in light of the decline in tourism to Las Vegas. Fortunately, the financing for the Stadium Authority bonds included the funding of a debt service reserve fund to weather economic declines like the one Las Vegas is currently experiencing due to the pandemic.”

While opponents of the .88 percent increase in the hotel tax to fund the stadium that houses the Raiders and UNLV’s Rebels football team will point to the second consecutive payment as proof the public’s interests are in peril, it was precisely this type of scenario the reserve fund was built to protect the taxpayer’s interests.

The fund can withstand two straight years of bond interest payments if hotel revenue misses targets. The reserve fund totaled $90.2 million and just over $54 million remains in the fund after the County’s latest two draws.

The Allegiant Stadium reserve fund could fund all interest payments through 2022 but no one believes that is even a remote possibility.

With Las Vegas back to 100% occupancy and open for business as of June 1st, the County expects a slow and steady rise in the hotel tax that funded the stadium and payments on the bonds.

The report says the County expects December’s payment to be made from the hotel tax revenue making a third-straight reserve payment unnecessary.