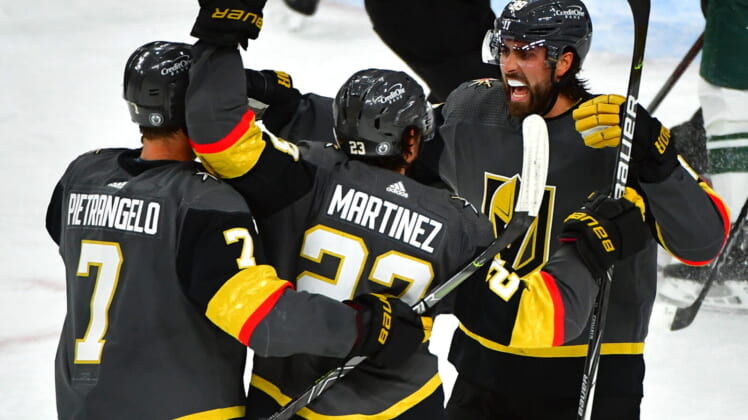 The Vegas Golden Knights travel to Minnesota to face off against the Wild in Game 6 of a series that has been an up and down affair to this point. In Game 5, with a chance to send Minnesota packing, the Golden Knights played some of their best hockey and were the aggressors for the vast majority of the game. Despite that, they ended up falling 4-2 as they couldn’t convert on their numerous chances.

It was a similar story to Game 1, where once again, the Golden Knights outplayed the Wild but couldn’t come out on top. With a Wild win tonight, meaning that the series will be all tied up, the Golden Knights must find a way to win on the road. The good news is that they won both of the earlier games in Minnesota with two strong performances.

Captain Mark Stone has been on fire recently as he has scored a goal in each of the last three games. His passion, two-way game, and goal-scoring ability have been on display throughout the entire series thus far, and he is one of the largest reasons that the Golden Knights have a 3-2 lead.

The other reason is goaltender Marc-Andre Fleury who has been exceptional thus far. Whenever the Wild has managed to sustain pressure for a long period of time, they have been met with a brick wall in the Golden Knights’ crease. The play of both Stone and Fleury will be crucial to the Golden Knights winning tonight and beyond this series. 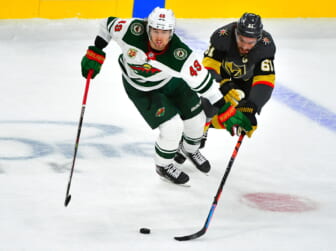 So far through the five games in this series, only Game 2 was won by the home team while the other four games have been won by the road team. For two teams that were among the NHL’s best in the regular season on home ice, it’s been a surprising development but one that should be encouraging for the Golden Knights who are looking for a road victory tonight.

Trends are made to be broken and it’s always difficult to win on the road in the NHL, especially in the playoffs and especially when you have had to travel the day before. For the Golden Knights, they’re going to need to fight through these conditions and win or risk a Game 7.

In the two previous games on the road, the Golden Knights had slow starts before fighting back to win the game. They won’t be able to do that over and over again, and starting tonight’s game on the right foot will be important for setting the tone.

The consequences of a Golden Knights loss

A loss today would result in a Game 7 played back in Las Vegas on Friday. The Golden Knights have never closed out a series at home. If they were to lose that game, it would be a very disappointing playoff run for a team that sat atop the NHL standings for significant portions of this season, not to mention the fact that they had a 3-1 lead in this series.

However, the Golden Knights also know that last game they played some very strong hockey, and more often than not a game like that will go their way. While you can’t control the outcome, you can control the process and head coach Peter DeBoer is surely stressing that with a similar effort to Game 5, they will come out of this series on top.

Nobody expected the Wild to be an easy opponent and it’s clear they’re not going to go out without a fight. These are two physical teams that play strong defense. Which team can find a way to crack their opponent’s shield? That will determine the winner of the series.

The puck drops for tonight’s game at 6 PM PDT in Minnesota. The Golden Knights currently lead the best-of-seven series 3-2.