The deal will carry an average annual value of $2.75 million.

Whitecloud, 24, has one assist in four games this season. He reportedly is considered week-to-week with a lower-body injury sustained in a 5-3 loss to the Edmonton Oilers on Friday. 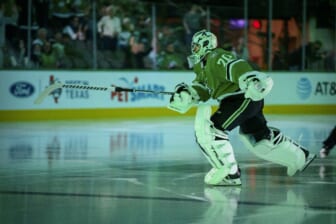