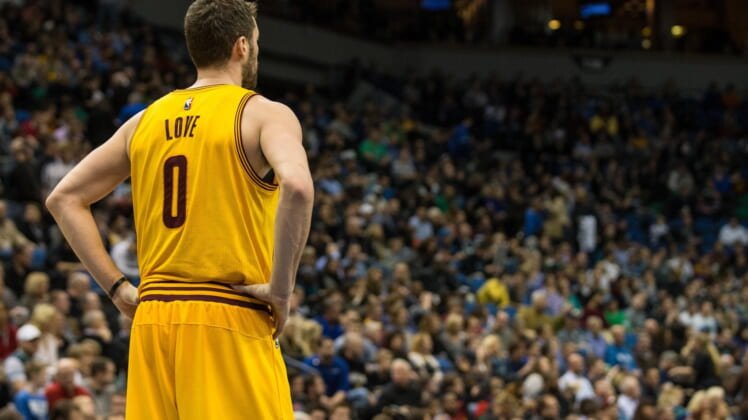 After taking a brutal hit to the head in a collision with Jayson Tatum in Game 6, Cleveland Cavaliers forward Kevin Love has been ruled out of Game 7 with a concussion. Apparently, that is doing absolutely nothing to sway bookmakers in Las Vegas when it comes to setting odds for the upcoming elimination game.

ESPN’s Doug Kezirian shared a conversation he had with a head oddsmaker at Westgate, who told him the spread adjustment to Love being out is only a half-point. When asked why, the oddsmaker said, “He’s not that good.”

On one hand, that’s a pretty brutal statement that seems to discount the fact that Love had averaged 15 points and 11 rebounds in the first five games of this series.

On the other hand, maybe there’s some credence to this notion that the Cavs are no better or worse with Love than without him. After all, in the six games he’s played during the Eastern Conference Finals, Love’s plus-minus is now minus-21, and the Cavaliers only started romping at home Friday night once Love was no longer in the game.

One thing we know for certain is that, with Love out of the lineup for Game 7, LeBron James is going to be putting his team on his shoulders even more than usual. And in the end, that may not be a good thing for the Celtics, even at home.