One of boxing’s most talented fighters returns to the ring this Saturday as former unified lightweight champion Vasyl Lomachenko steps back in the ring to face Masayoshi Nakatani.

Since joining the professional ranks in 2013, Lomachenko has been a symbol of success, winning world titles in three weight divisions (featherweight, super featherweight and lightweight) through 16 pro fights.

In May of 2018, Loma moved up to the lightweight division, defeating Jorge Linares by 10th-round technical knockout to win the WBA Super World Lightweight title. He would unify his WBA belt with the WBO belt in his very next fight by knocking off Jose Pedraza.

In August 2019, Lomachenko added the WBC title to his collection by defeating Luke Campbell, but would not hold the belt very long as he was upgraded to Franchise champion. He would go on to lose his belts following a unanimous decision loss to Teofimo Lopez. This will be his first fight since his loss to Lopez.

This will be Masayoshi Nakatani’s third career bout in the United States after fighting in his native Japan in his first 17 bouts. He would suffer his first career loss in his US debut to the aforementioned Teofimo Lopez.

Nakatani was able to bounce back from the loss by defeating Felix Verdejo by 9th-round technical knockout in December.

Keys to Victory for Vasyl Lomachenko

Vasyl Lomachenko is one of the smartest, most technically-sound fighters in the world today. However, one would not have that assessment after watching his fight against Teofimo Lopez.

He waited too long to put his foot on the gas, leading to Lopez taking advantage. This resulted in him losing the majority of the early rounds and having to exert more energy to get the stoppage.

Ultimately, it comes down to fighting the exact same way that got him to the top of the mountain. Using his ring IQ to get Nakatani to engage in a punching exchange following up with his spectacular punching combinations then using his sharp defensive skills to keep him off balance. If he does that, it will be a long night for Nakatani.

How does Masayoshi Nakatani pull off the upset?

Masayoshi Nakatani is very tall for a lightweight, standing at 5-foot-11 with a 71-inch reach, giving him the clear height and reach advantage over Lomachenko who is 5-foot-7 with a 65-inch reach. However, Nakatani’s fighting style nullifies those advantages.

In his fight against Felix Verdejo, he allowed his opponent on the inside engaging in exchanges which led to Nakatani hit with big shots that sent him to the canvas twice. If he lets that happen against Vasyl Lomachenko, he will not be lucky enough to escape with a win. 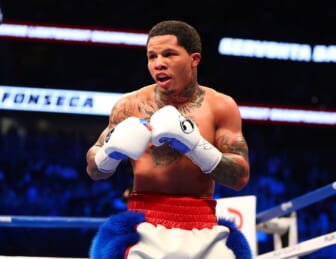 Nakatani is fighting someone that does not often make mistakes taking unnecessary risk. He’ll need to take a page from Teofimo Lopez’s book and dictate the pace of the fight.

He’ll need to use his jab effectively to open up opportunities to get off combinations on Loma. He needs to remain poised, he can not get frustrated and take unnecessary risks or Loma will make him pay with counterpunches.

While many people look at this fight as an easy way for Vasyl Lomachenko to make his way back to the top of the lightweight division, Lomachenko himself does not agree.

Lomachenko had this to say about fighting Nakatani, “I have to start from scratch and wanted to face a top contender. I didn’t want a (hand-picked) opponent. This guy gave Teofimo Lopez a very tough fight and I have prepared well for his challenge.”

With that being said, Lomachenko will take Nakatani seriously and will learn from mistakes he made in his fight with Teofimo Lopez. Nakatani will offer some resistance but Loma will be in rare form looking to get back to the top of the mountain. In the end, Loma will claim victory via unanimous decision.