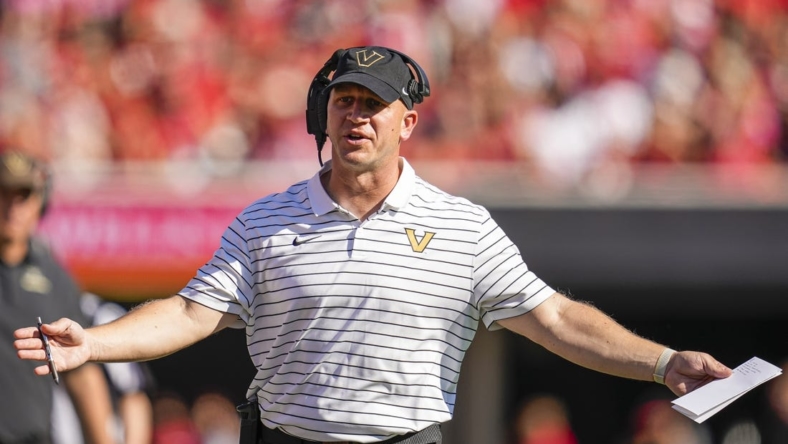 Dan Jackson was told to step away temporarily from his job coaching defensive backs at Vanderbilt while the program investigates the stir created when he used Facebook to promote a pro-Ye position on antisemitism.

Vanderbilt sidelined the coach after he touted in a social media post that the rapper formerly known as Kanye West was “two steps ahead of everyone else” with antisemitic comments on social media and in live interviews.

Athletic director Candice Lee said the matter is in the hands of the Equal Opportunity and Access office at Vanderbilt.

“Although we have been assured these comments were not directed at any specific group, we are deeply disappointed by this situation and are handling it internally,” a joint statement from Lee and coach Clark Lea said last week. “Please know that we reject antisemitism and discrimination in all its forms.”

Jackson apologized in a statement, saying it was not his “intent to offend.”

“My wording was careless, and it was in poor judgment to wade into such a discussion without the full context. My comments were in no way reflective of our program or university and I accept full responsibility for my words and will learn from this experience going forward.”

Jackson is in his first season with the Commodores. He was hired at Vanderbilt after previously serving as the passing game coordinator and co-special teams coach at Northern Illinois. He spent the previous eight seasons coaching at South Dakota State.