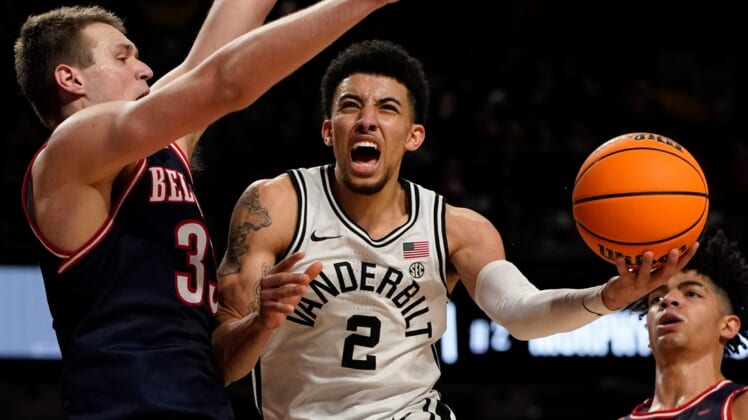 Vanderbilt and Xavier saw one another before the regular season began, when the two programs scrimmaged one another.

The stakes are much higher now. The second-seeded Musketeers (20-13) will host fourth-seeded Vanderbilt (19-16) on Tuesday in an NIT quarterfinal at 9 p.m. Eastern time with a trip to the semifinals next week in New York on the line.

The Commodores also are seeking a 20-victory season for the first time since 2014-15.

“From where we started to where we’ve grown since we began that would be a nice milestone,” Vanderbilt coach Jerry Stackhouse said. “To continue to build and build and build and improve enough to win 20 games — I still don’t like the 16 losses.

“But just to have an opportunity to play” Tuesday, Stackhouse added, “lets us know that we’re doing some things right and our guys are getting better and they’re improving.”

Vanderbilt outlasted top-seeded Dayton at home in overtime Sunday thanks to a key basket and blocked shot by center Liam Robbins, who hadn’t practiced because of an ankle injury.

“It’s like that sometimes,” Stackhouse said. “(You’re) not always going to have your best night, but if you stay engaged and stay about the team the way he is, good things happen.

Scruggs suffered a serious knee injury in the Musketeers’ 72-56 victory Sunday over third-seeded Florida. Dwon Odom (6.1 points, 2.2 assists per game) likely will replace him in the starting lineup.

“You hurt for him,” Xavier interim coach Jonas Hayes said, “for a guy like Paul who has put as much as he has into this program over the last five years.”

Hayes said of Stackhouse, “He runs probably 200 million different (offensive) sets, and they are good at all of them.”

Stackhouse said of Xavier, “We’ve got to be prepared for it all, but the good thing about it is I think our schemes, we (have) got different schemes that can cover anything that we’ll see.”