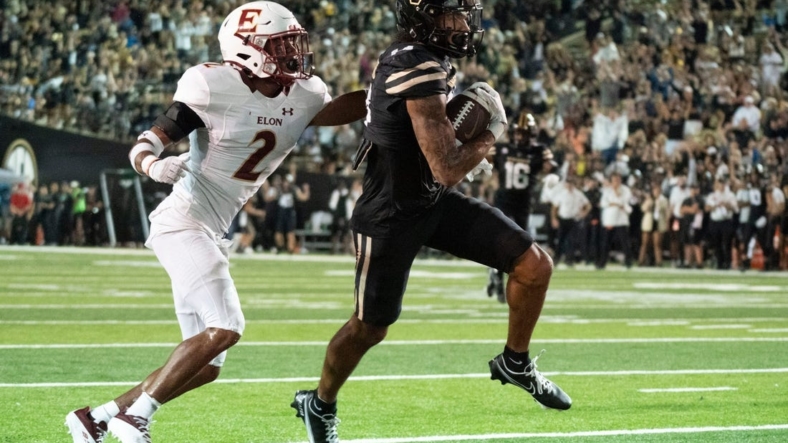 The Commodores improved to 2-0, matching last year’s win total. They’ve won their first two games for the first time since 2018.

Elon quarterback Matthew McKay, a former starter at North Carolina State and Montana State, threw two touchdown passes and also rushed for two scores. He was 19-for-32 for 333 yards without an interception in the air, and contributed a team-high 52 yards on the ground.

Vanderbilt used a goal-line stand in the final minute to stop Elon twice on running plays from the 1-yard line to curtail a late rally.

The Commodores, who opened the season a week earlier by routing Hawaii, raced to a 21-0 lead in less than 13 1/2 minutes of this one. Wright scored on a 5-yard run before throwing scoring passes of 75 yards to Jayden McGowan and 6 yards to Will Sheppard.

Wright threw for 26 yards to Sheppard for a TD with 35 seconds left in the half to restore order. The Vanderbilt quarterback then began the second-half scoring on a 44-yard run before McKay narrowed the gap on a 5-yard run.

Elon closed within 35-24 on McKay’s 22-yard touchdown strike to Jackson Parham on the last play of the third quarter.

Then the Phoenix regained possession following a Vanderbilt punt and moved into Commodores’ territory. A Parham fumble gave the ball back to Vanderbilt, which needed just four plays to cover 57 yards to the end zone as Wright connected with Davis on a 9-yard scoring play.

The game began after a roughly 25-minute weather delay.