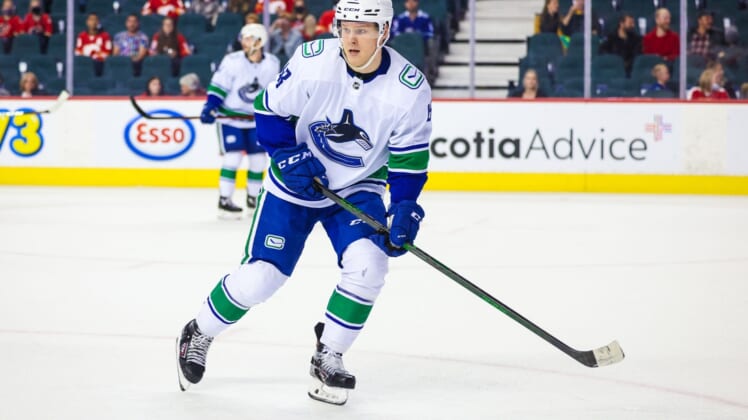 The Florida Panthers traded defenseman Noah Juulsen and forward Juho Lammikko to the Vancouver Canucks on Sunday in exchange for defenseman Olli Juolevi.

Juolevi, the fifth overall selection in the 2016 NHL Draft, played in just 23 games for the Canucks, all coming last season. He netted two goals and one assist while averaging 13:13 of ice time per game.

In 48 games split among three seasons with the Montreal Canadiens and Florida, Juulsen has notched two goals and six assists. He only made it into four games last season, his lone campaign with the Panthers.

“We’re pleased to welcome Noah and Juho to Vancouver,” Canucks general manager Jim Benning said in a statement. “We would also like to thank Olli for his years of service with the Canucks organization and we wish him well in his future endeavours.”