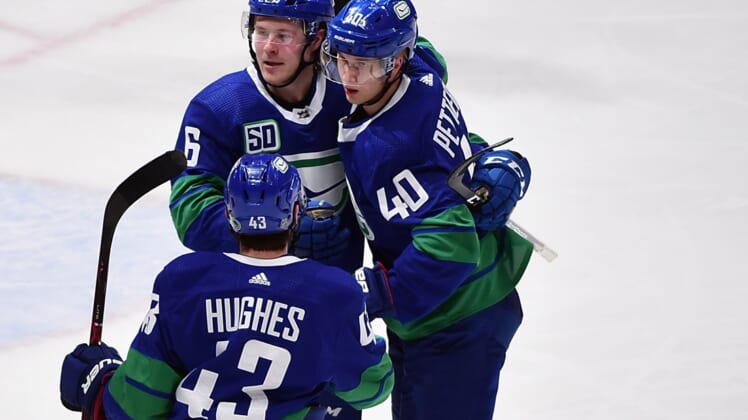 Both players were restricted free agents, and did not report to Vancouver’s training camp while the long-term contracts were being negotiated.

One year after selecting Pettersson, the Canucks landed in the top 10 of the draft again and selected Hughes No. 7 overall. One of three brothers who were all high draft picks, the eldest Hughes (age 21) has appeared in 129 games and scored 97 points (11 goals, 86 assists). He finished as the Calder Trophy runner-up his rookie season.

Both Pettersson and Hughes also play on Vancouver’s power play and are seen as a foundation for the team’s future.

The Canucks begin their regular season Oct. 13 with a visit to the Edmonton Oilers.