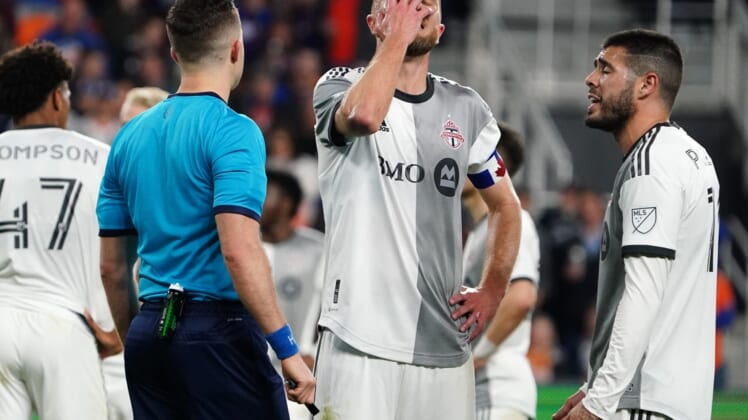 After a week off, the Vancouver Whitecaps look to snap a three-match losing streak on Sunday when they welcome a Toronto FC side that has also lost three in a row.

The Whitecaps (1-6-1, 4 points) were originally slated to play the Seattle Sounders last weekend, but that match was postponed to allow Seattle to focus on their CONCACAF Champions League Final series that concluded Wednesday. The Sounders became the first-ever MLS champion of the event.

Vancouver manager Vanni Sartini said his team also benefited from the break, which followed a slide in which the Whitecaps conceded eight goals in their three outings since a 1-0 victory against Sporting KC on April 2. Most recently, Vancouver fell 3-0 at Austin on April 23, the fourth time they have allowed three or more goals in their eight games this season.

“I think the bye week helped us a lot in two ways,” said Sartini, whose team is buried at the bottom of the Western Conference. “It helped us to really have a deep conversation, a lot of 1-on-1 conversation with the players, a lot of work on the field on things that we think that we want to improve. And also it gave us the possibility to recover a bunch of players.”

Those players include attackers Ryan Gauld and Deiber Caicedo, who combined to account for 10 goals and nine assists last season. Both players had departed by halftime of the Whitecaps 2-1 loss at Montreal three weeks ago and missed all of the Austin match.

The latter was a 2-0 away loss on Wednesday that was not as close as the score indicated. Calvin Harris scored in the second minute for Cincinnati and Toronto’s Ralph Priso-Mbongue was sent off in the sixth minute.

“We’ve got to be strong,” said Toronto coach Bob Bradley. “You don’t become a good team when a few things go against you and everybody starts looking in all the wrong directions.”