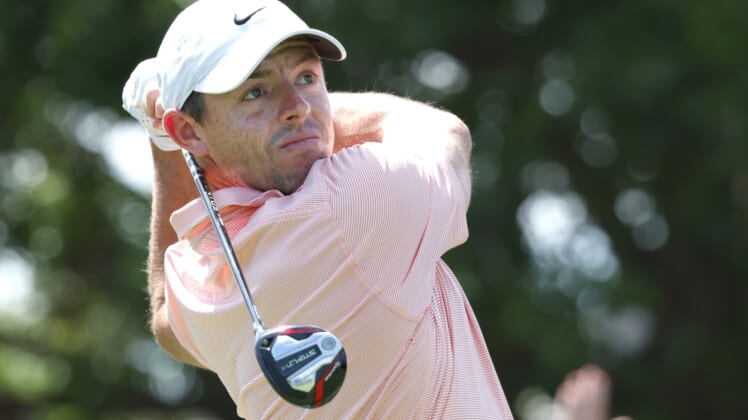 The Valero Texas Open is the final PGA Tour stop before the Masters and begins Thursday at TPC San Antonio.

Jordan Spieth will attempt to successfully defend a title for the first time on the PGA tour, while 121 other players in the field get one final chance to qualify to play at Augusta National.

NOTES
–This is the 100th anniversary of the event, with TPC San Antonio the venue for the 13th time.
–Spieth snapped a drought of 82 PGA Tour events without a win last year, claiming his first title since the 2017 Open Championship.
–Jason Day and Rickie Fowler are among the 121 players in the field who are not currently qualified for next week’s Masters but could earn a spot with a victory in San Antonio. Also needing a victory to play at Augusta is Richard Bland, who would have qualified for the Masters with a win over Dustin Johnson in the Round of 16 in last week’s Match Play event. Twenty-three players in the field are already qualified for the Masters.
–The last player to win the event to qualify for the Masters was Corey Conners with his maiden tour victory in 2019.
–Matt Kuchar will make his 500th career PGA Tour start.
–College stars Logan McAllister (Oklahoma) and Ludvig Aberg (Texas Tech) are among the sponsors exemptions.