Utah Utes to retire No. 22 in honor of Ty Jordan, Aaron Lowe

The Utah football program will retire No. 22 on Saturday to honor Ty Jordan and Aaron Lowe, best friends and high school and Utes teammates who passed away within the past year.

The retirement ceremony will take place on gameday between Utah and UCLA.

It will be the first number retired in Utes history. Jordan wore No. 22 in 2020, and Lowe switched to that number this season to honor his best friend.

Jordan died following an accidental self-inflicted gunshot wound that occurred last Christmas. After the 2020 season, he was named the Pac-12 Offensive Freshman of the Year. He finished the season with 597 rushing yards on just 83 carries in five games for the Utes in the shortened season. The 19-year-old averaged 7.2 yards per carry and 119.4 per game. 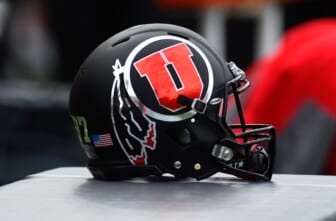 Lowe, a defensive back, died Sept. 26 after being shot at a house party. A 22-year-old man has been charged with aggravated murder and other charges in the case.

Lowe, 21, was in his third year with the Utes and had appeared in each of the first four games. He was buried Oct. 11 in the players’ hometown of Mesquite, Texas — next to Jordan.

The university has created Ty Jordan and Aaron Lowe Memorial Scholarships in honor of the players.