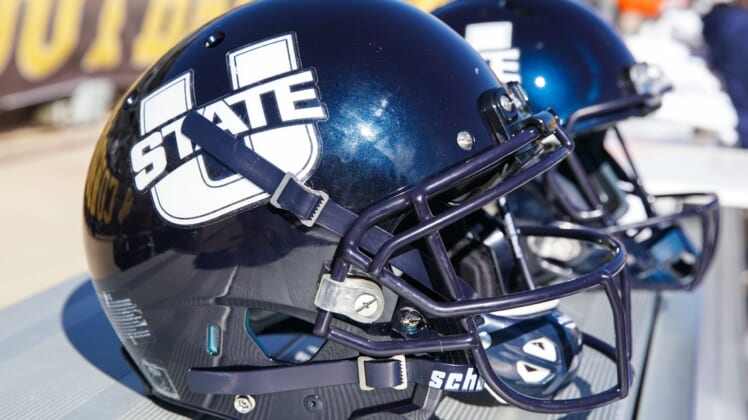 The head coaching carousal that spins around the nation at the end of every college football season is a double-edged sword. It’s fantastic for the coaches who get to move up in the world. But it’s brutal for teams who see their leaders leave before the season is officially over.

That’s certainly the case for Utah State, as the Aggies prepare for their New Mexico Bowl game against North Texas with a huge competitive disadvantage.

Matt Wells was hired on at Texas Tech to replace Kliff Kingsbury, and he’s taking most of his staff with him. Zac Babb of Mean Green Radio reports that this exodus has left the Aggies with just four total coaches for the New Mexico Bowl.

As a way to show just how much of a disadvantage this is, Seth Littrell — who spurned Kansas State recently — has 11 coaches under him, not counting assistants and quality control personnel.

So, if the Aggies end up getting blown to bits on Saturday, there’s a good reason for that.