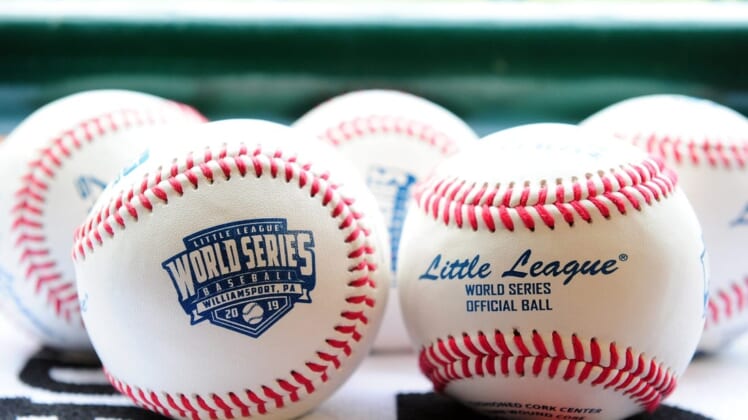 A Utah community is hoping for a good word about the condition of Little League World Series player Easton Oliverson, who underwent emergency surgery for a brain injury sustained shortly after his arrival in Williamsport, Pa.

Oliverson, 12, and his teammates from the Snow Canyon Little League in Santa Clara, Utah, won the Mountain Region championship last week to become the first Utah team ever to reach the World Series.

Late Sunday night or early Monday morning, the boy fell out of his top bunk at the player dormitory, hit the hardwood floor and sustained fractures to his skull and cheekbone with bleeding between the inside of his skull and the outer covering of the brain, the St. George (Utah) News reported.

The fall awoke a teammate, who summoned help. Oliverson was taken by helicopter to a hospital about 40 miles away, where he underwent emergency surgery. He was in a coma in the intensive care until late Monday.

Jace Oliverson, Easton’s father, is in Williamsport as a member of the team’s coaching staff. A team statement said the players intend to play in their first game, scheduled for Friday, as the family asked.

“As a team preparing for the Little League World Series Coach O (Jace) expressed his desire for Team Utah to finish what we started and compete and enjoy this amazing experience,” the statement read. “While our hearts are heavy we are committed as a team and have an opportunity to take part in something that is only dreamt about by others. We teach our players to do everything with a purpose, that hasn’t changed, it has perhaps been added too with something far greater than ever. We Believe in Team Utah and we Believe in Team Easton.”

In a statement, Little League International said it would “continue to use all available resources … to support the player, his family, and his coaches and teammates, as we navigate this unfortunate situation.”