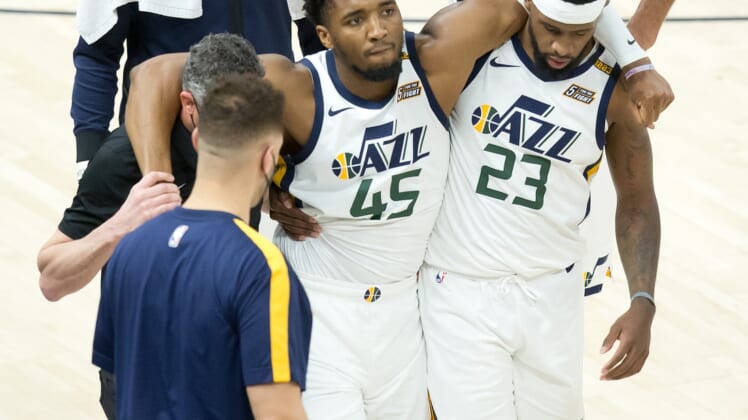 Mitchell was helped off the court by teammates less than four minutes into the third quarter and was clearly favoring the ankle.

ESPN reported that X-rays were negative and that Mitchell was slated to undergo an MRI exam Friday night.

Mitchell was injured after leaping in an attempt to hinder a pass and landing awkwardly. He immediately reached for his lower right leg.

Mitchell scored 22 points in 21 minutes before exiting. He entered the contest ranked ninth in the NBA with a 26.5 scoring average.