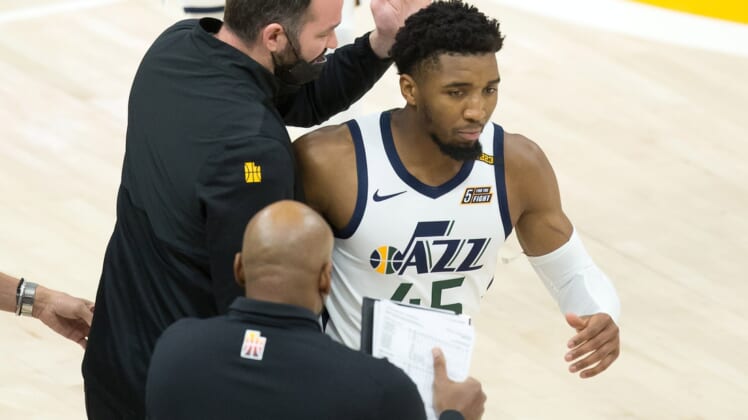 Utah’s leading scorer Donovan Mitchell, who has missed the Jazz’s past seven games with a sprained right ankle, will be re-evaluated in a week after the guard had his ankle examined on Saturday, according to the Deseret News.

Mitchell, an NBA All-Star the past two seasons, suffered the injury in Utah’s 119-111 victory over the Indiana Pacers on April 16. Utah (45-18), which is tied with the Phoenix Suns for first place (the Suns own the tiebreaker) in the Western Conference, is 3-4 in Mitchell’s absence.

Mitchell, 24, whom the Jazz selected with the 13th pick of the 2017 NBA Draft, is averaging 26.4 points per game, which is tied with the Boston Celtics’ Jayson Tatum for ninth in the NBA.