Utah Jazz’s Mike Conley (hamstring) out for Game 1 vs. Clippers 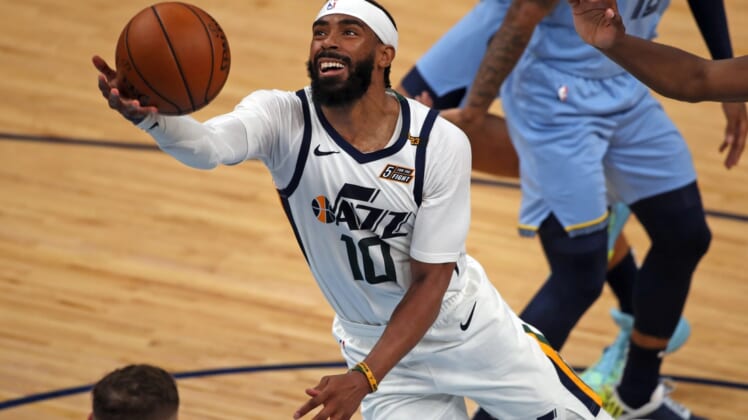 May 29, 2021; Memphis, Tennessee, USA; Utah Jazz guard Mike Conley (10) drives to the basket during the fourth quarter during game three in the first round of the 2021 NBA Playoffs against the Memphis Grizzlies at FedExForum. Mandatory Credit: Petre Thomas-USA TODAY Sports

Conley, 33, sustained the injury during Game 5 of Utah’s first-round series against the Memphis Grizzlies. Conley has missed many games over the past two regular seasons with hamstring issues.

Conley averaged 17.4 points, 8.6 assists and 3.8 rebounds in the five games against the Grizzlies, his former team.

Conley earned his first All-Star appearance this season after averaging 16.2 points, 6.0 assists and 3.5 rebounds per game. He played in 51 games (all starts) of Utah’s 72 during the regular season.