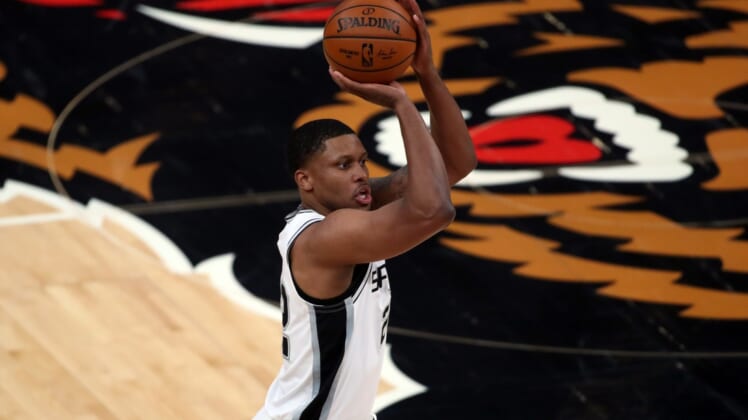 Utah Jazz forward Rudy Gay will miss the start of the regular season after having surgery on his left heel, the Salt Lake Tribune reported.

Jazz coach Quin Snyder confirmed that Gay hadn’t been cleared for contact, but has been going through some portions of practice.

Gay had surgery on a torn left Achilles tendon in 2017, but there was no indication the injuries were related.