USMNT rally past Costa Rica thanks to own goal 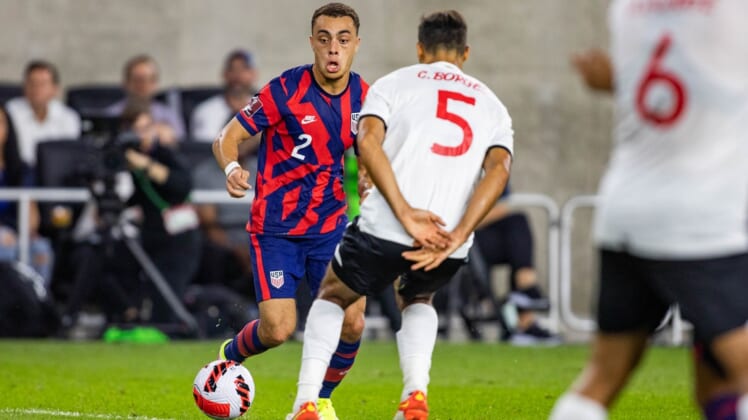 With its CONCACAF World Cup qualifying chances dimming, the U.S. men’s national team rallied for a 2-1 victory in Columbus, Ohio, on Wednesday thanks to an own goal by Costa Rican backup goalkeeper Leonel Moreira in the 66th minute.

Keysher Fuller put Costa Rica ahead in the first minute before Sergino Dest got the equalizer in the 25th.

The U.S. (3-1-2, 11 points) entered the match in second place among the eight teams on goal differential, but a loss could have possibly dropped the squad out of a top-three qualifying spot with eight matches left. The win temporarily moved the Americans into a tie atop the group with Mexico, which played at El Salvador later Thursday.

The go-ahead goal was a confluence of two players not expecting to be in the spotlight. Tim Weah’s shot hit the right post, then Moreira’s left arm, then the post again before it spun across the goal line.

Weah was a last-minute starter when Paul Arriola sustained a groin injury during warmups. Costa Rican goalkeeper Keylor Navas, who plays for Paris Saint-Germain in France, left at halftime with an adductor strain.

The goal was set up by Dest after the ball deflected to him off a Costa Rican player.

Dest also scored a spectacular tying goal in the first half, powering an 18-yard shot from the top of the right side of the penalty area in the far top corner of the net.

U.S. coach Gregg Berhalter left himself open to criticism when he opted to give goalkeeper Zack Steffen of England’s Manchester City his first start of the qualifiers over Matt Turner. Berhalter coached Steffen when both were with the Columbus Crew of Major League Soccer.

The task doesn’t get easier for the U.S. because it hosts Mexico on Nov. 12 in Cincinnati to start the next qualifying window. The U.S. will visit Jamaica four days later.

Over the final six matches, the U.S. must travel to Canada, Mexico and Costa Rica.