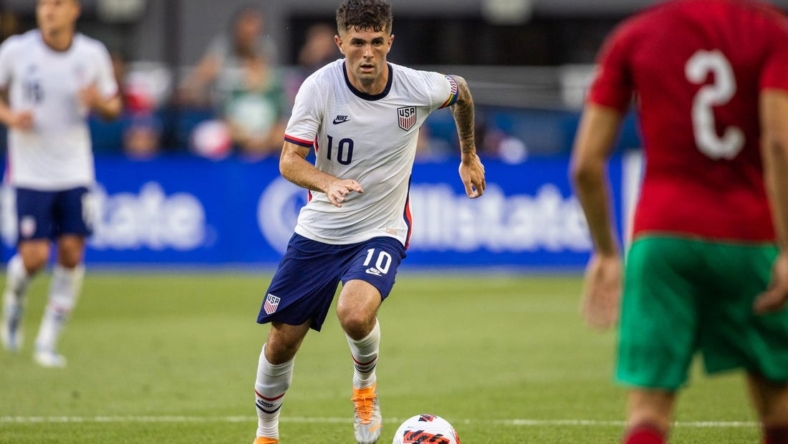 The announcement of the United States men’s national team’s 26-player roster Wednesday came with surprises as the squad was finalized just 12 days before the World Cup opener against Wales at Qatar.

The expected team leaders will be on the squad, including forward Christian Pulisic, midfielders Tyler Adams and Weston McKennie and defender Sergino Dest. Brenden Aaronson was listed as a midfielder after he had filled a forward role in the past.

Relative surprises on the squad included forwards Jordan Morris, who has recovered from two ACL surgeries, and Haji Wright, who has made just three appearances with the USMNT. A return to form also allowed forward Josh Sargent to gain a roster spot.

Wright, a native of Los Angeles, has nine goals in 12 games with Antalyaspor in Turkey, while Sargent has eight goals in 18 games with Norwich City of the second-tier of English soccer. Pulisic has a goal and an assist in limited action (three starts over 12 games) for Chelsea in the English Premier League.

“Now it’s about getting on the plane and getting the group together and actually start planning on how we’re going to be successful at the World Cup,” coach Gregg Berhalter said on the ESPN announcement broadcast, while describing the end of the roster process as a relief.

While the USMNT typically has a No. 1 goaltender, there is no clear-cut favorite to start the World Cup opener. Berhalter said that Turner, currently the backup for Arsenal in England, likely has the advantage within the trio.

“We’re going to determine that when we get into camp,” Berhalter said. “I would say the lean is toward Matt being the No. 1. But he had a slight injury that he has been working on so we will get him into camp and see exactly how he is.”

The United States did not qualify for the 2018 World Cup and will be playing in the world’s largest sporting event for the first time since 2014 when it advanced to the knockout stage at Brazil and was eliminated by Belgium.

After facing Wales on Nov. 21 to open Group B play, the USMNT will square off against England the day after Thanksgiving and face Iran on Nov. 29. The World Cup was moved to the fall to combat extreme summer temperatures in the host country.