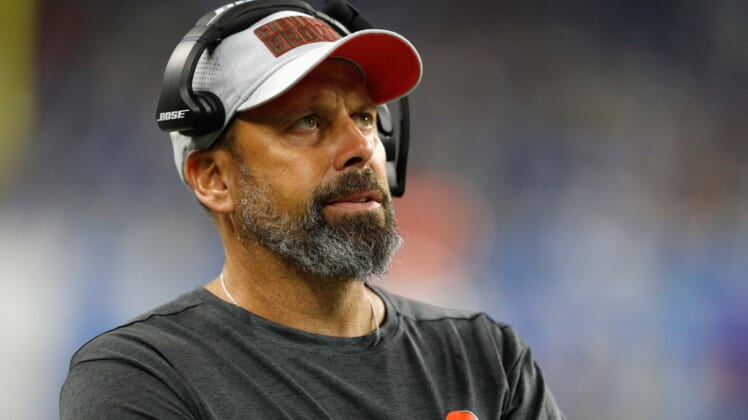 The USFL will kick off its 2022 season with four games on Saturday, and the Tampa Bay Bandits are the biggest favorite on opening weekend.

Tampa Bay opened as a 3.5-point favorite over the Pittsburgh Maulers at BetMGM, but the line has moved to 5.5 with 89 percent of the spread-line bets and 82 percent of the handle backing the Bandits as of Friday.

Tampa Bay is expected to start former Ole Miss quarterback Jordan Ta’Amu, the second overall pick in the 2022 USFL Draft. Former Richmond signal-caller Kyle Lauletta is expected to be under center for the Maulers.

The other three games each had 2.5-point lines as of Friday morning, with the “home” team favored in each. The games will be played at Birmingham’s Protective Stadium, which will play host to most of the USFL’s regular-season games this year.

The second game pits Michigan as the favorite over Houston. The Panthers are being supported by 82 percent of the spread-line bets and 57 percent of the handle, with the 42.5-point Over/Under seeing the Under drawing 84 and 89 percent of the action, respectively.

New Orleans will play host to Philadelphia in the third game, which is the only one seeing the underdog being favored by the public. The Stars are being backed by 52 percent of the spread bets and 65 percent of the handle. However, the Under (43.5) is again the popular pick with 79 and 88 percent of the action, respectively.

Week 1 will conclude with Tampa Bay at Pittsburgh.

Each team will face divisional rivals twice and teams in the opposite division once this season.

NBC is set to air 21 games across all its broadcast and streaming platforms, while FOX will air 23 games across its networks. Most contests will be played Saturday or Sunday, with select games on Friday.

The top two teams from the North and South Divisions will advance to the two semifinal games on June 25, with the first USFL Championship Game scheduled for July 3. The playoffs will be played at Tom Benson Hall of Fame Stadium next to the Pro Football Hall of Fame in Canton, Ohio.