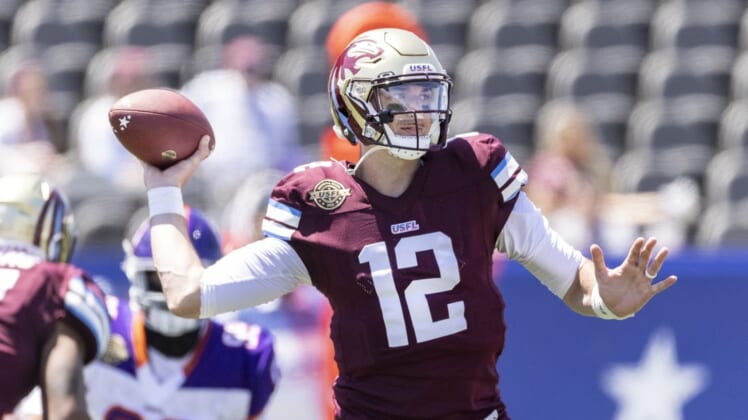 Case Cookus passed for 247 yards and four touchdowns and ran for 118 yards and one TD on four carries as the Philadelphia Stars routed the Michigan Panthers 46-24 Sunday in Birmingham, Ala.

The Stars (5-3) scored in double digits in three of four quarters as Cookus completed 20 of 26 passes. The Panthers (1-7) scored 18 of their points in the second period.

The Panthers’ Paxton Lynch, a former NFL quarterback with the Denver Broncos, completed 27 of 40 passes for 251 yards and two touchdowns, with two interceptions.

Jordan Ta’amu completed 12 of 21 passes for 98 yards and a touchdown to lead Tampa Bay past Houston.

Ta’amu’s TD pass came on a 7-yarder to Derrick Dillon as Tampa Bay (4-4) scored all of its points in the second quarter.