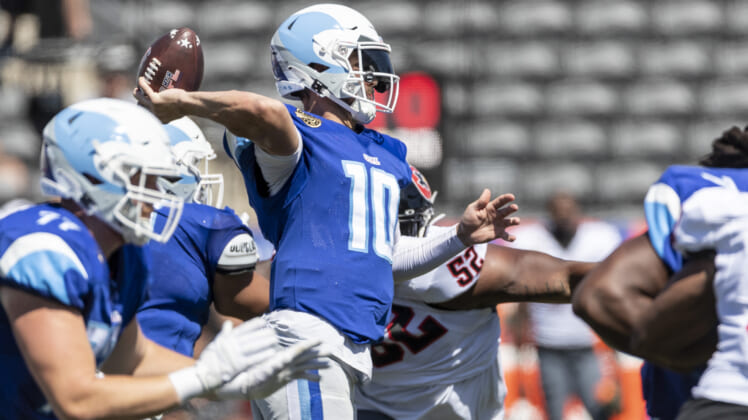 As the teams close in on the 2022 USFL playoffs, the league has decided to expand the USFL rosters starting with this weekend’s Week 6 slate of games.

On Wednesday, the USFL announced that the league will allow teams to add five more players to their rosters, and increase the number of active players on game day from 38 to 40. In a statement, the USFL Executive Vice President of Football Operations, Daryl Johnston, explained the decision was all in an effort to increase player opportunities and teams, as they made their final push for the playoffs which start at the end of June.

“Week 5 games were the most well-played and most competitive we’ve had all season. Our current 38-man game-day rosters have produced outstanding football for our fans,” said Johnston. “There were more players with draftable grades in the 2022 Draft Pool than any draft in history, so we think now is the perfect time to expand our team rosters by five additional players while increasing our game-day rosters to 40 players. This move will also help set up playoff runs as our eight teams compete for the four postseason spots on June 25.”

In comparison, the NFL allows up to 47 players for a team’s game-day roster, and 53 overall. For NCCA football games, 60 athletes are allowed to dress for games. However, the inaugural USFL season only features eight teams and a 10-week schedule, so the need for a large roster is not quite the same as the NFL and its 17-game seasons.

Currently, the New Jersey Generals, Birmingham Stallions, New Orleans Breakers, and Tampa Bay Bandits have the league’s best records and are the front runners to land the four playoff spots in June.