USFL star Kyle Sloter pushing for NFL return: ‘I don’t think there are 32 QBs better than me’ 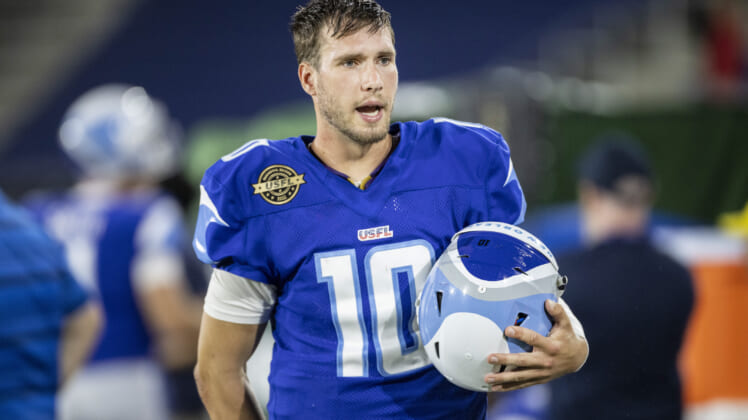 The star quarterback of the USFL’s New Orleans Breakers, Kyle Sloter, is hoping his stellar season will show that he is deserving of a return to the NFL because he believes he is at least one of the 30 best signal-callers in the sport.

Sloter has had a standout season in leading the Breakers to a 5-2 record as the team enters the final weeks of the USFL’s return season. He leads the league with 1,499 yards and is second in touchdowns with nine. The 28-year-old thinks his performance over the last few months has proven a lot, including that he has what it takes to succeed at the NFL level.

Kyle Sloter has had a frustrating journey in his football career. The veteran of Southern Miss and Northern Colorado put up solid numbers during his collegiate career. However, he went undrafted in 2017. Since then, he has had chances with seven different NFL teams, including the Denver Broncos, Chicago Bears, and most recently the Minnesota Vikings.

Unfortunately for him, he wasn’t afforded many opportunities to hold on to a roster spot long term and often was only offered chances on practice squads. However, in the USFL he has been given the time to showcase his talent. And it’s a talent he believes is as the quarterbacks in the NFL today because in his mind there are not 32 QBs in the league better than him.

On Saturday, Sloter and the Breakers take on the team ahead of them in the USFL’s South Division, the Birmingham Stallions, at 3 PM EST on FOX.